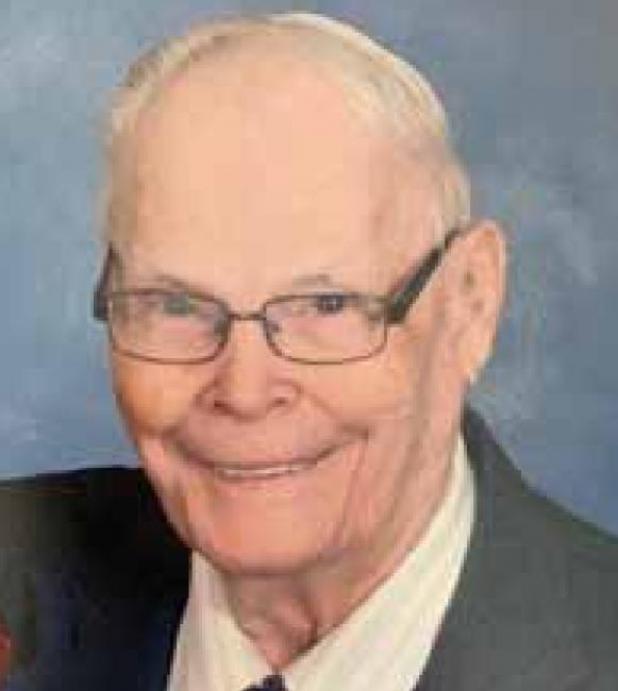 Forman, ND: Urban Hoistad, 93 of Forman, passed away Wednesday, December 30, 2020 at Four Seasons Healthcare in Forman. A private family funeral is being planned. The service will be livestreamed at 2:00 p.m. Saturday, January 2, 2021 on the Price Funeral Chapel Facebook site. Burial will be at a later date in the Nordland Cemetery of Rutland, ND.

Urban Orman Hoistad was born on May 26, 1927 to John and Mabel (Larson) Hoistad in Ransom Township on the Hans Ager Farm east of Rutland. He was the 5th child of 12. The family moved to the Johnson farm east of Rutland Consolidated School, where he attended the first three grades. He attended 4th-8th grades in Weber Township.

He stayed home and farmed with his folks until 1950 when he was inducted into the US Army. Urban served in the 549th Army Engineers as a surveyor in topographic engineering in California and Alaska before Alaska became a state. Upon returning home in November 1952, he again farmed with his folks and drove school bus for Havana School for five years.

On June 5, 1955 he was united in marriage with Lois Eikamp, the love of his life, daughter of Ollie and Marie (Berger) Eikamp. To this union five children were born: Rick, Debra, Keith, Darren, and Blaine. Urban served on the Weber Township Board for several years and was employed with the USDA Soil Conservation Service for 20 years. He was a surveyor engineer and inspector for stock ponds, shelter belts, the Lubke-Brummond and Fringer Dams east of Havana and the foothills of the Chateau Hills, respectively, and also the Watershed dam at Emden, ND in Barnes County. Urban was instrumental in the design and development of the Silver Lake Recreation Area.

Urban was a member of the Nordland Lutheran Church, the Wahpeton Eagles Club and 50-year member of Kringen Lodge of the Sons of Norway in Fargo. He and Lois made two trips to Norway to visit his aunts, uncles, and cousins on his father’s side as well as a trip to Sweden to visit relatives of his mother. Urban and Lois spent winters in South Texas for 40 years. Urban was a member of Anderson Wortman 108 Legion of Havana for 70 years.

He is preceded in death by his parents, John and Mabel, a one son, Blaine, and eight siblings: Alda (Bill) Kohler, Einar, Audrey (Marvin) Pearson, Ernest, Quentin, John, Jane, and Judi Hoistad

An online guestbook and obituary are available at www.pricefuneralchapel.net. Condolences may be directed to the family in care of Lois Hoistad – 514 5th St. SW – Forman, ND 58032.