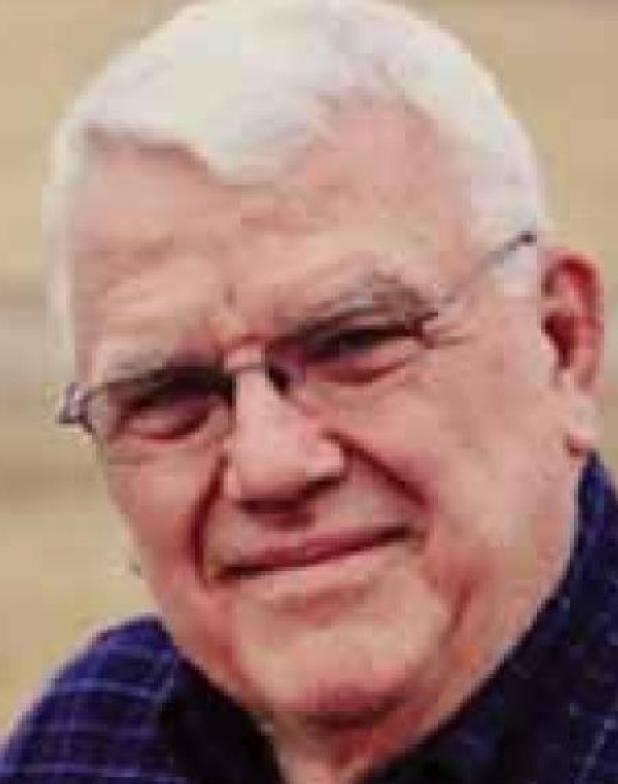 Amherst, SD: Neil Rodell Frey (74) of Britton, South Dakota was called home to take his place in the Kingdom of Heaven on Friday, July 10, 2020 with his family by his side. A visitation will be held Wednesday, July 15th from 5:00 - 7:00 pm and services will be held Thursday, July 16th at 10:30 am at Zion Reformed Church, Amherst, South Dakota. Interment will be in Sunset Memorial Gardens of Aberdeen under the direction of the Price Funeral Chapel of Britton.

Neil was born November 16, 1945 to John and Mabel (Hupke) Frey in Britton, South Dakota. Neil was the youngest of four children and grew up on the family farm near Claremont and Amherst, South Dakota. In school, Neil was a diminutive guard on the Amherst Wildcat basketball team and would often proudly proclaim he graduated third in his class... of three, in 1964! Basketball and baseball were lifelong loves of Neil’s, as was his longtime steady girlfriend, Claudia Alberts. Neil and Claudia - high school sweethearts - were wed June 18, 1965 in the Amherst church where they were both baptized, attended Sunday School, Catechism and Youth Group, and returned as members to the congregation when they returned to the area in their later years.

Neil joined the workforce immediately out of high school, working on the family farm and serving as a U.S. Army Reservist. Neil would spend over twenty years as an Reservist out of the Aberdeen 452nd Battalion retiring as an E7, Sergeant First Class. He worked hard his whole life displaying a work ethic that was a product of farm life and his time in the military. Neil worked as a musical instrument salesman, a self-employed carpenter, a feed and animal health specialist and eventually as a life and health insurance agent for Woodmen Accident and Life - a career that truly fit his personality. Neil was a people person. He never seemed to meet a stranger. If he did not know you, he likely knew your relation. Those that loved him marveled at his knowledge and understanding of people.

In the early years of his marriage, Neil learned the game of competitive horseshoes from his father-in-law, Ellis Alberts. Pitching on the horseshoe courts in front of Ellis’ shop and then across the horseshoe circuits in Minnesota and the Dakotas for nearly two decades. Neil and Ellis gained many friends through the sport and were known to be formidable competitors.

Neil’s strong work ethic was ingrained in him at a young age and it was important to him to pass it along to his boys. He made sure they knew the value of hard work and would often spend time working alongside his boys whether it was carpentry, the yard service he helped them start when they were teens, or family projects. While fancy family vacations were few, there would be productive family activities that allowed for quality time spent working together. Neil pushed his boys in a way that provided benefits and opportunity regardless of what they chose to do in life after leaving home. Neil was also very passionate about his small kennel where he bred German Shorthaired Pointers; his favorite hunting dogs. Neil earned a reputation for producing quality dogs and treating people right. He loved his dogs and he loved the opportunity to get outside in the fall with his boys, to hunt behind the dogs and spend time together. Neil served on the

Neil served on the Consistory at Zion Reformed Church of Amherst and was a member of the Aberdeen Moose Lodge and is a former Post Commander of the Britton American Legion Post 80. He was well-known for his unabashed love and loyalty to the New York Yankees, stemming from years of enjoyment following his childhood hero, Mickie Mantle. Neil is survived by his wife,

Neil is survived by his wife, Claudia, sons Rodell “Jon” (Andrea) of Vermillion, SD and Matt (JoAnne) of Watertown, SD, his granddaughters, Haley (Matt & JoAnne) of Sioux Falls, SD and Aeriel (Rodell & Andrea) of Lincoln, NE., his siblings, Kenneth (Janet) Frey of Claremont, SD, Marilyn “Kay” (Rollie) Bunn of Elkhart, IN, and Dennis (Rhonda) Frey of Howard Lake, MN. He was preceded in death by his parents, John and Mabel Frey.