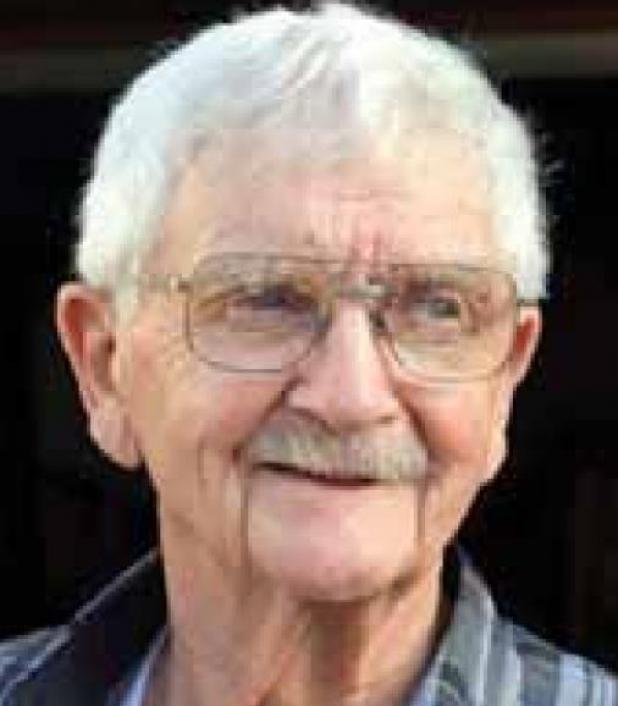 Dean was born to Carl and Ruby Grimsrud in Britton, S.D. Dean died August 14, 2020, in Portland, Oregon. His early years were spent on a farm in the neighboring town of Hillhead. He was baptized and confirmed at Trondhjem Lutheran Church.

He attended grade school in a one-room schoolhouse during which time he passed two grades in one year. He graduated from Kidder High School in 1948, after pausing his HS education for two years to help his Dad on the farm.

He won several medals as a track athlete and was an outstanding baseball pitcher, which he continued to play until leaving S.D. in 1957.

He married Vada Cole on Nov. 26, 1948. He worked as a farmhand and a school bus driver until 1952 when he took over his parents’ farm. Dean & Vada’s first home in the town of Kidder consisted of two rooms with no running water or electricity.

To support his ever-growing family of four kids, he milked cows and raised grain. Crop failures and falling prices forced him to move his family to the Pacific Northwest where he was employed with Boeing Aircraft in 1957. The family resided in Auburn, WA until 1960, when they moved to Portland, OR, where his parents resided.

He worked as a tire retreader for Butler Tire & Battery, where he became foreman. He was electrocuted in an on-thejob accident which left him with severe low back pain. His working days culminated as a foreman for Goodyear Tire on the Alaska pipeline.

After retiring he worked from home repairing small engines and doing carpentry. In 1961 Dean & Vada purchased their first and only home. It was here that they added their last child, Lisa to the family.

Supporting a family of five children had its share of challenges, but his willingness to work overtime and his sacrificial nature met them headon.

Dean’s love of baseball was manifested for several years as a coach and umpire for both Kenton Little League and Concordia College. His respect for his players in turn earned theirs. He never really gave up coaching, but simply coached and did play by play analysis from the sidelines of the living room in his favorite chair, adopting the Mariners and Trailblazers as his substitute teams.

He loved hunting and fishing and was a gardener extraordinaire. He was most proud of the corn, cucumbers, and tomatoes, which he readily shared with family, friends, and neighbors. He was an avid reader of Westerns and a lover of the outdoors. Camping was the highlight of family life.

He built his own shop where he spent the majority of his time constructing and crafting things for others. He was inventive and creative, and his work is on display in the homes and gardens of those he loved.

Above all else, Dean loved his family. He cherished any event that brought them together. He sacrificed much of his life helping them. No repair was beyond his skill set and no need beyond his kindheartedness. He was a smart yet simple man whose contentment was found in people and nature. He was an especially grateful person who appreciated the little things. He loved unconditionally and was quick to forgive. He was an ordinary man who led an extraordinary life of ninety years.