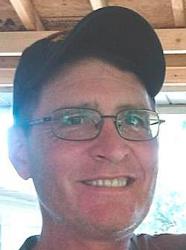 The Mass of Christian Burial for Brian Sattler was held on Saturday, December 31, 2016, at Sacred Heart Catholic Church in Eden. Rev. Fr. Brian Simon officiated. Cremation took place after the ceremony, and inurnment will be at a later date in St. Michael’s Cemetery.

Brian Lee Sattler was born on October 29, 1969, in Sisseton, to James Fredrick and Marilyn Barbara (Rowland) Sattler. As a youngster, he grew up on the family farm between Lake City and Eden. He attended school in Roslyn, graduating from Roslyn High School in 1987. After receiving his education, Brian joined the US Marine Corps. He served his country from August 10, 1987, to August 9, 1991. During his tour of duty, he earned a number of honors, including the National Defense Service Medal, the Sea Service Ribbon, the Good Conduct Medal, a Meritorious Mast and a Rifle Sharpshooter Badge, as well as a Letter of Appreciation.

Following his honorable discharge, Brian returned to the Eden area and worked a number of different jobs. He was employed as a carpenter, raised cattle and helped on area farms. Eventually, Brian took a job as a machinist at RPM in Britton, where he remained for 16 years. The last three years, Brian has been employed at Horton in Britton.

On January 7, 2006, Brian was united in marriage with Jessica Eve Janisch at Pleasant Valley Lutheran Church near Kidder. They made their home in Eden.

Brian was a member of Sacred Heart Catholic Church of Eden, where he had served as an altar boy in his youth. He belonged to the National Rifle Association and the Arbor Day Foundation. A true outdoorsman, he loved to hunt and fish. His garden and lawn were true showplaces and he loved to not only care for them, but to also share his knowledge and love of gardening with others.

The farm always held a special place in Brian’s heart. He loved driving tractor and helping his parents on their farm. He was always willing to lend a hand to anyone in need, and offered his advise freely. There were very few of his girls’ activities that he missed and he was very close to both of them. Being a godfather to three youngsters was an honor that Brian was very proud of. He loved to play cards and Yahtzee, and was extremely fond of his dog and cats.

Grateful for having shared his life are his wife, Jessica Sattler of Eden; two daughters, Clara and Klasandra Sattler, both of Eden; his parents, Jim and Marilyn Sattler of Lake City; two brothers, Wayne Sattler of Watertown and Eugene (Donna) Sattler of Webster; a sister, Melinda (Vaughn) Reints of Pierpont; 11 nieces and nephews; his parents-in-law, Mark and Karla Janisch of Britton; and several aunts, uncles and cousins.

Preceding him in death were his maternal and paternal grandparents, two uncles, and an aunt.

The Price Funeral Chapel of Britton has been entrusted with Brian’s arrangements.