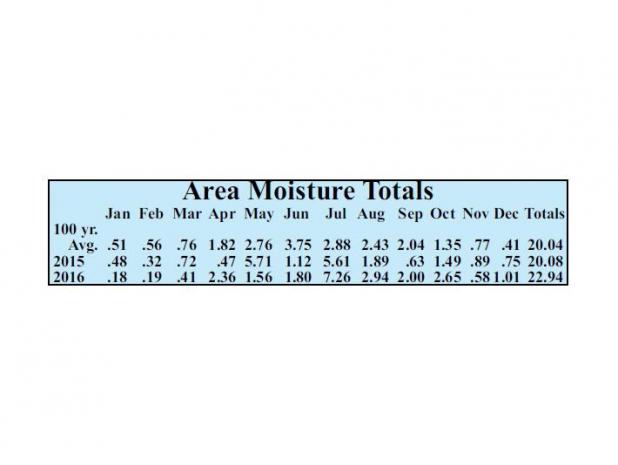 Marshall County residents experienced an above average year for rainfall in 2016 thanks to a very wet July.

The county was actually considerably behind average through the first six months of the year. North Star Energy records showed 6.50 inches of moisture from January through June, which was well behind the 100-year average of 10.16 inches. Moisture for crops had reached the critical stage and area producers worried that crops could burn up.

But then came a multi-million dollar rain in July and Mother Nature opened the water spout. July’s total moisture of 7.26 inches ranks as the fourth wettest since records began being kept in 1904.

Those July totals transformed the crop outlook into a harvest that many area producers were calling one of the best ever.

Totals for the past five months of the year also bode well for the 2017 planting season. August, October, and December were all above average and the five-month total for the end of the year stood at 9.18. The 100-year average for those five months is seven inches.