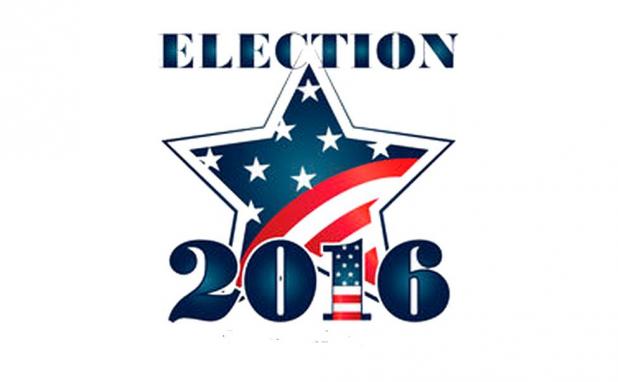 Wed, 11/02/2016 - 3:16pm
Voters from Marshall County, South Dakota, and the nation will go to the polls next Tuesday for the general election.
There will be just two contested races in the county. Incumbent Independent Chad Locken and Republican challenger Dana Frohling are vying for the States Attorney slot, while incumbent Independent David Kleinberg and Democrat Dan Neiber are running for the County Coroner position.
The District 1 state senator and representative positions are up for election but are unopposed. Democratic incumbent Jason Frerichs is the only candidate for the state Senate spot, while Democrat incumbent Steven McCleery and former legislator Democrat Susan Wismer are the only candidates for the two State Representative positions.
Voters will decide on just one state race. Incumbent Republican Chris Nelson and Democratic challenger Henry Red Cloud are running for a spot on the Public Utilities Commission.
South Dakota does have one U.S. Senate seat up for election, along with its House of Representatives position. Incumbent Republican John Thune is running against Democrat Jay Williams for the Senate spot, and incumbent Republican Kristi Noem is up against Democrat Paula Hawks for the House seat.
Topping the ticket is the race for U.S. President. Voters will have a choice of Democrat Hillary Clinton, Republican Donald Trump, Libertarian Gary Johnson, or Darrell Castle of the Constitution Party.
Voters are facing decisions on 10 ballot issues in this year’s election. Those issues include two referred laws, three initiated measures, and five constitutional amendments.
Referred Law 19 was approved by the 2015 SD Legislature as Senate Bill 69 and would revise certain provisions regarding elections and election petitions. Referred Law 20 refers Senate Bill 177 to a vote that would establish a youth minimum wage of $7.50 an hour as opposed to the current $8.55 an hour for others.
Initiated Measure 21 would set a maximum interest rate of 36 percent for state-licensed money lenders.
Initiated Measure 22 proposes extensive revisions to campaign finance and lobbying laws. It requires additional disclosure and reporting and sets limits on contributions to candidates, political action committees, and political parties. It would also create an appointed ethics committee, create a publicly funded campaign finance program for statewide and legislative candidates with two $50 credits issued to each voter who assigns them to participating candidates, and would prohibit certain state officials and employees from lobbying until two years after leaving state government.
Initiated Measure 23 would give corporate organizations and nonprofit organizations the right to charge a fee for services.
Amendment R outlines the universities governed by the South Dakota Board of Regents. It would also specify that technical schools are separately governed in a form determined by the Legislature.
Amendment S, also referred to as Marsy’s Law, would write into the state constitution the expected rights of crime victims. The rights include protection from harassment or abuse, the right to privacy, and the right to timely notice of all court proceedings. Currently, state statutes provide certain rights to crime victims and this measure expands those rights and places them in the state Constitution.
Amendment T proposes the creation of an independent bipartisan commission that would establish the political boundaries for the legislative districts. The commission would be picked by the State Board of Elections and include three Republicans, three Democrats, and three Independents. Currently the districts are determined by the Legislature every 10 years.
Under Amendment U there is no limit on the amount of interest a lender may charge for a loan of money if the interest rate is agreed to in writing by the borrower. If there is no written agreement, however, a lender may not charge more than 18 percent per year. It would also prohibit further laws that set a different interest rate limit.
Amendment V would establish a nonpartisan primary election. It would eliminate party affiliation for all candidates for all federal, state and county elected offices except President of the United States. Currently, most candidates are selected through a partisan primary or at a state party convention, and this amendment would eliminate those methods of selection.
Polls will be open at nine locations in Marshall County from 7 a.m.-7 p.m. All voters will be required to present a photo ID to election officials or sign a personal affidavit when going to the polls. Absentee voting is allowed until 3 p.m. on election day.