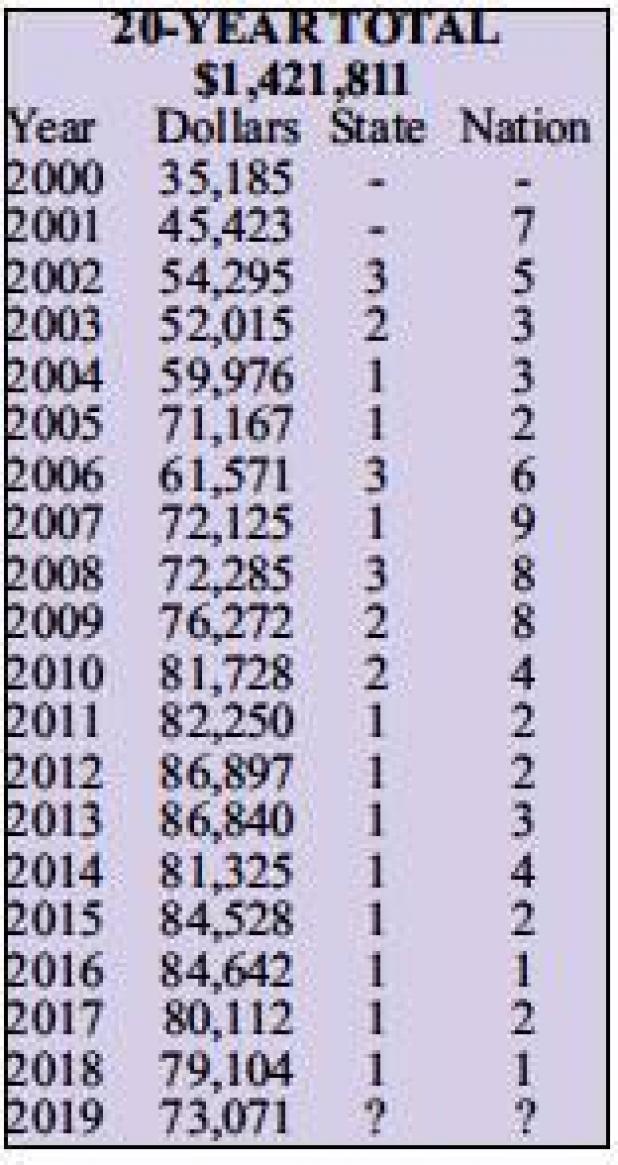 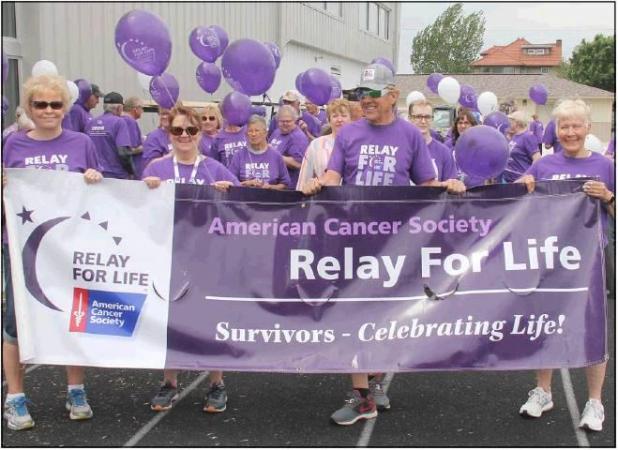 For the 14th time in its 20-year history the Marshall County Relay For Life went over the $70,000 mark in funds raised in the battle to defeat cancer at its annual event held on Saturday at Hugh Schilling Field in Britton.

This year’s fundraising total stands at $73,071.22 with some additional money expected over the next few weeks. The total funds raised during the Relay’s 20-year history are now over $1.42 million.

Cleo Symens and Carol Jones have served as co-chairs for the event for all of its 20 years, and Symens stressed that it is a real team effort.

Members of the Relay For Life Committee and the teams put in a lot of hard work and a lot of time,” said Symens. “And the Eden Muskrats already are planning to sell walking tacos at this weekend’s Vinegar Festival in Roslyn for next year’s Relay.”

Britton native Eric Gaikowski, now a junior at Dakota State University, was honored as this year’s Honorary Survivor. Gaikowski was diagnosed with Ewing’s sarcoma of the soft tissue at just six months of age and was the first Honorary Survivor 20 years ago when he was just four years old. He has been cancer-free for over 22 years.

This marked the first year that the event had been able to make use of the Britton Event Center. A silent auction and bingo took place in the building and it also offered a cool place for walkers on a warm afternoon. Weather forecasters had called for some severe weather with the possibility of hail, but that didn’t materialize. Strong winds, however, limited team campsites and did not allow for placement of luminaries around the track. Instead, luminaries were displayed in the Event Center.

A total of 11 teams participated in this year’s event. Quarve’s Quackers was the top fundraiser, bringing in $14,133. Patty Roehr was the top female fundraiser with $4,393, Ulic Henehan the top male with $708, and Lily Shanholts of Watertown, the great grandchild of Gerald and Darlene Dinger, the top youth with $404.

The Wacky Walkers compiled the most miles walked as a team. Lonnie Aadland of Eden walked the most miles among male participants, Jenny Deutsch of Britton was the top female walker, and Mason Applegren of Fargo the top youth walker.

Survivors kicked off the Relay with the traditional Survivor’s Lap followed by the release of balloons. That was followed by the team lap with teams being introduced at that time.

“The fun part for me is watching the teams and seeing how much fun they have,” said Relay committee member Jan Foster. “It’s really become a generational thing over the 20 years and people really enjoy the day.

“Everyone also pulls together and does their part,” concluded Foster. “We do it for future generations so that they don’t have to go through all this with cancer like we do today.” Cancer survivors leading the Survivor Lap at the Marshall County Relay For Life on Saturday at Hugh Schilling Field from left to right were Vicki Beck, Judi Schultz, Jerry Vrchota, and Ardi Forrester.