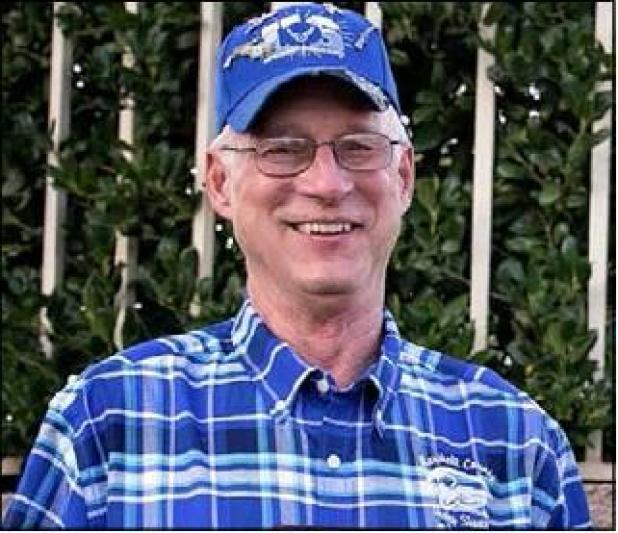 Mike Kraft of Britton will be inducted into the South Dakota 4-H Volunteer Shooting Sports Hall of Fame at the State Fair in Huron on Sunday.

He’s been coaching 4-H shooting sports for 20 years, but for Britton’s Mike Kraft it’s not about the bullseyes hit, it’s about the smiles received.

“When I get this little eightyear-old on the line shooting targets I’m keeping my fingers crossed that they just hit the backstop,” said Kraft. “But then they hit the target and look up at you with those big blue eyes and say, ‘I did it,’ it’s that reaction that keeps me going. You will always remember the sparkle in their eyes and the beaming smile from their face. That is why I do what I do.”

In those 20 years Kraft has helped lead Marshall County BB gun teams to 14 national tournaments, two national titles, one second and two thirds, and has never finished out of the top 10. And along the way he has become the go-to guy in the shooting world around the state and nation due to his willingness to always lend a helping hand.

On Sunday Kraft will be recognized for those contributions by being inducted into the South Dakota 4-H Shooting Sports Volunteer Hall of Fame at the State Fair in Huron.

“South Dakota 4-H Volunteer Hall of Fame inductees are individuals who model the impact that a caring adult can have in the life of a child through the 4-H program,” said Karla Trautman, director of SDSU Extension. “We are sincerely appreciative of their contributions to 4-H and this recognition is one small way to say thank you.”

Joining Kraft this year as inductees in the Shooting Sports Hall of Fame are Dale Foiles of Raymond, Doug Kittelson of Hayti, Dean Balsiger of Sioux City, Bruce Eldridge of Chamberlain, and Mark Rowan of Pierre. Named to the 4-H Volunteer Hall of Fame are Mary Williams of Wall, Diana Jons of Colome, Evelyn Werkmeister of Armour, Joy Braun of Mellette and the late James Wenzlaff of Brandon.

Kraft also joins fellow Marshall Country coach Harlan Hilleson who was inducted into the 4-H Shooting Sports Hall of Fame in 2018. Rose Kraft, who serves as statistician and paperwork guru for the local team, was also named to the 4-H Volunteer Hall of Fame a year ago with Mike.

A ceremony honoring the 2019 inductees will be held in the Nordby Exhibit Hall (1060 3rd St. SW, Huron) at the State Fair following the Performing Arts Troup performance at approximately 4:30 p.m. on Sunday. The public is encouraged to attend the ceremony.

Kraft’s history with 4-H shooting sports began before he ever thought of coaching. Former Marshall County Extension Agent Loren Tilberg contacted him to see if he could revive an old, rusted, broken down trap shooting machine. From there he was asked if he would consider getting certified to become a shotgun coach and work with a couple of boys on trapshooting, and the rest is history.

The boys wanted to shoot everything. So, from being a shotgun coach, Kraft began helping with the BB gun program, and picked up air rifle, air pistol and eventually .22 pistol and .22 rifle.

State Shooting Sports Director Kathy Reeves played a big part in advancing Kraft’s love of the sport from the county to the state. In 2010, he traveled with three other coaches to Grand Junction, CO, for Level 2 coaches training. That adventure caused a major change in South Dakota 4-H Shooting Sports. Kraft was part of the team that established today’s guidelines that structure the program for participation from coaches, shooters, and parents, and he has traveled across the state to train hundreds of coaches.

Kraft has also served as part of South Dakota’s national coaching team. He ran the air rifle range when Rapid City hosted national tournaments in 2007 and 2008 and has coached shotgun teams, .22 pistol teams, and .22 rifle teams at the national level.

Mike will be the first to say he could not have done any of this without the support of his wife, Rose.

“I always tell Rose, ‘You take care of the paperwork and Harlan and I will teach them how to shoot,’ said Kraft. “I have to give Rose a lot of credit. She steps up to the plate quite a bit.”

But the bottom line is the kids.

“Mike has never been a person just out for the win. He’s always the person that’s there to help any kid, no matter who they are,” said Rose.

Kraft is also all about teaching about life.

“It’s not so much that the kids can hit the target but that they learn about the values of life and the value of hard work. That’s what it’s really all about.”

Although he has occasional thoughts of retiring from the sport, it doesn’t look like that will happen anytime soon.

“I told Rose last year if we made the national podium one more time I was going to retire, and we made it this year. But then one of the little Bender girls, just three years old, came over to me and said, ‘Would you be my coach?’ I think I will go as long as I can or until the kids quit looking me in the eye and asking if I can help them.”