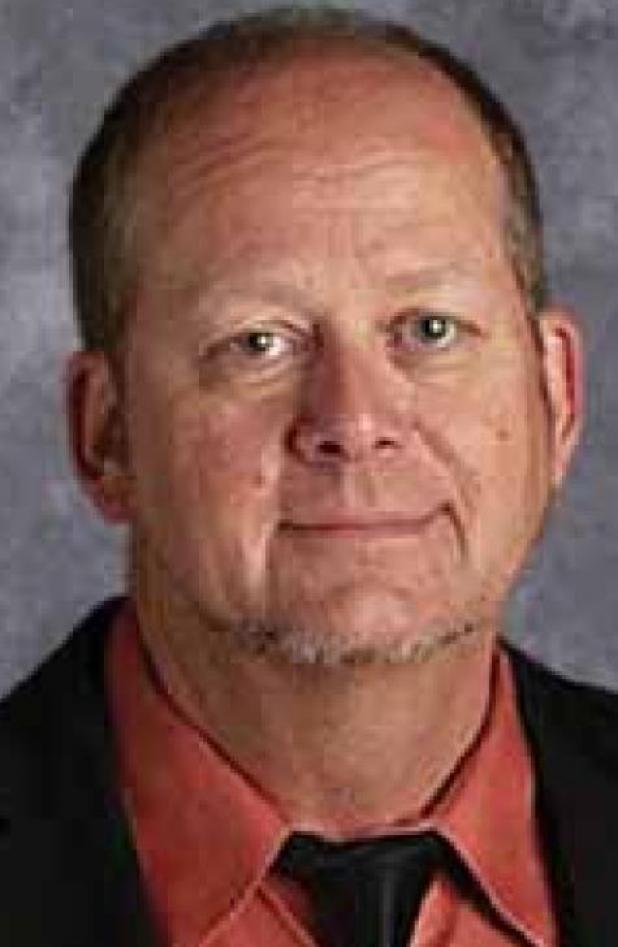 As a high school student at Sioux Rapids, IA, the seed to become a teacher was planted in Langford Area Principal Toni Brown. It just took a while to bloom.

But the long-time LA instructor/principal/athletic director is wrapping up a 21- year career at the school this month.

For Brown, it was always about the students.

“For me the most rewarding thing and the thing I will remember most is the kids – teaching them and working with them and then seeing them graduate and go on to college or whatever. That’s what we’re here for. It’s not about me or my job, it’s about the kids. That’s why you get into education.”

It was a high school band teacher who first inspired Brown to consider the educational field.

“I liked music and liked being in band,” said the former trumpet player,” and my high school band teacher kind of influenced me to be a music teacher.”

After a semester at South Dakota State University he decided being a music teacher was not a path he wanted to pursue. But he always had a love for woodworking, so he decided to switch to industrial arts. He finished his education at Northern State University.

Although he was qualified to teach, Brown shifted gears and worked for grain elevators, along with some carpentry and construction. But he could never quite get that bug to be a teacher out of his system.

“I decided it was time to use my degree, and Langford had an opening for industrial arts in 1999,” noted Brown.

A few years later, Brown received some advice that tweaked his career path once again.

“I had to take some classes to get re-certified, and a guy told me to not just take courses but to work towards something. So I decided to work on my master’s in administration.”

That led to Brown becoming a principal and athletic director at Langford Area, positions he has held, in addition to teaching, for the past 14 years.

Despite wearing three different hats, he obviously wore them well, which included plenty of times when he was doing work at home nights and weekends. Brown was named the Regional Principal of the Year twice – in 2010 and 2018. This year he was also named the Regional Athletic Director of the Year for the third time.

“To say he wore a lot of hats at LAHS is a huge understatement,” said LA Superintendent Monte Nipp. “Besides being the MS/HS principal and Athletic and Activities Director, Mr. Brown taught two CTE classes each year rotating between Building Trades, Cabinetry Making, Wood Refinishing and Drafting. He also served as the District’s Testing Coordinator, Infinite Campus manager and College & Financial Aid counselor and another half dozen job duties that had to be done.

“Toni is very well organized, goal oriented, a hard worker, a people person, and he’s got a great sense of humor,” added Nipp. “On top of that he is very dedicated to our students, staff and school. When you are looking for an administrative colleague to work closely with, you couldn’t find a better person. Langford Area School is really going to miss Mr. Brown.”

“It’s never been about me or awards. It’s just what you do for the kids,” stressed Brown. “I think what I am going to miss the most is teaching shop classes. We had fun building all those train sets.”

Perhaps Brown’s most obvious legacy is the train sets located in parks across the region.

“Somebody from Langford had seen a train set in a park and asked me about it,” remembered Brown. “I thought it was a cool idea for the kids to do in January and February when it was too cold to be outside, and it caught on from there.”

The train sets include an engine, a coal car, tanker, and a caboose. Those trains built by Langford Area students now are located in Langford, Claremont, Roslyn, Pierpont, Eden, and Summit.

“We try to make them as safe as we can, and I always tell the kids that it’s kind of a community service project to give back to communities.”

At age 59, Brown says he’s too young to fully retire.

“You kind of know when it’s time, and after being in education for 21 years I decided it was time to do something different. It’s kind of up in the air right now, but I’m thinking about starting a handyman business and becoming a home inspector. We’ll also get a chance to spend more time with four grandsons, and I’m ready for a little slower pace.

“But I am definitely going to miss the kids and the people,” Brown concluded. “The communities that make up Langford Area include a lot of great people and they put a lot into the school.”