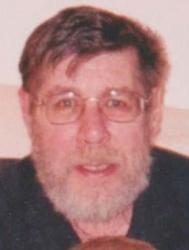 The memorial service for William “Bill” Snider was held on Monday, April 3, at St. Mary’s Catholic Church in Forman. Rev. Fr. William Gerlach officiated. Bill passed away on Thursday, March 30, 2017, at Oakes Community Hospital in Oakes at the age of 74. William Terry Snider, Jr., son of Vivian (Linstad) and William Terry Snider, Sr., was born in Thief River Falls, MN, six weeks after his father passed away. He and his mother spent the next few years living with his father’s parents, between Wyoming and California. When Bill was three years old, his mother married David Kosmatka, whose wife had passed away and left him with a daughter. The blended family went on to welcome five more children into their circle. Bill attended elementary and junior high school in Grand Forks, ND. When he was a freshman, the family moved to Forman where Bill graduated from Sargent Central High School. He later attended the North Dakota State School of Science in Wahpeton. For a number of years, Bill was married to Janet Litchfield, and they had two children. While living in the state of Washington, Bill worked for Boeing. Later, after moving to Alaska, Bill was employed by the Distant Early Warning (DEW) Line, a system that had been set up during the cold war to detect incoming Soviet bombers, and later any possible sea-and-land invasion. He was with them for 28 years before the progression of his MS made it necessary to take early retirement. He remained for a few years in Alaska, and managed a Moose Club there. In 1990, Bill returned to Forman. He was a member of St. Mary’s Catholic Church, and belonged to the Knights of Columbus. In his youth, Bill was an avid hockey player and greatly enjoyed sports. Even with his physical limitations, Bill never complained. Grateful for having shared his life are his son, William Clifford Snider of Canyon County, CA; his daughter, Tracy Snider of Hutchinson, MN: two grandchildren, Robert and Melissa; five great-grandchildren; his mother, Vivian Kosmatka of Forman; three brothers, Kent (Jean) Kosmatka of Mt. Vernon, IL, Kurt Kosmatka of Parma, OH, and Kyle (Kristi) Kosmatka of Yankton, SD; a sister, Frances (Doug) Cortez of Denver, CO; and a number of nieces, nephews, and their families. Preceding him in death were his father; his stepfather, David Kosmatka, Sr.; a brother, David Kosmatka, Jr., and a sister, Debi Kosmatka. The Price Funeral Chapel of Forman is assisting the family with arrangements. Condolences may be directed to the family in care of Vivian Kosmatka, 290 2nd Street SW #4, Forman, ND 58032. An online guestbook and obituary are available at www.pricefuneralchapel.net