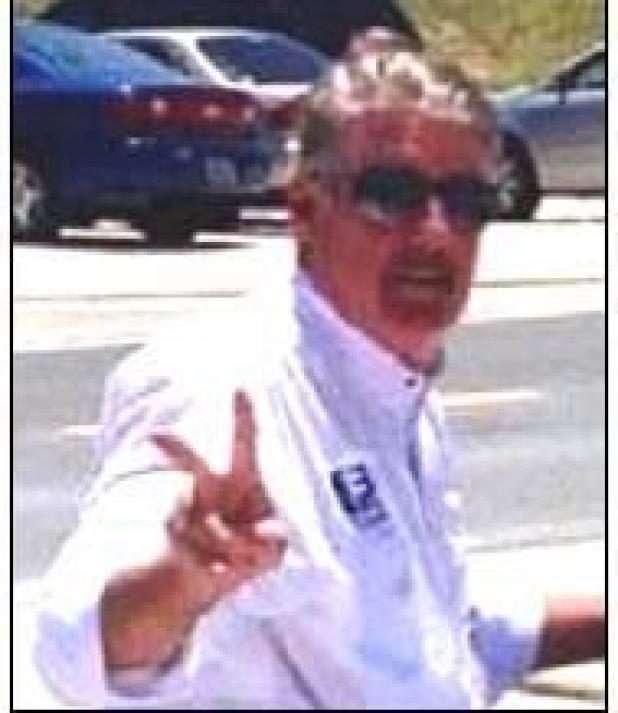 A private funeral will be held at the Church on Friday, January 24, at 2:00 p.m. for family and spring interment will take place in the Huffton Cemetery.

The Price Funeral Chapel of Britton has been entrusted with his arrangements.

Terry Lee Cole (Spooner) was born on January 26, 1956, in Britton, to Douglas Glenn and Bonnie Lou (Olson) Cole. He grew up on the family farm and attended school in Langford. While in high school he worked on the Malm Farm, until graduating from Langford High School in 1974. After completing high school, Terry worked at a number of different jobs in the area, and later attended college at Northern in Aberdeen.

While at Northern, Terry took a job with KABY-TV, and that began his life’s work in local news television. He had a natural inclination for this type of work, and over the years it took him to many different parts of the country.

He started his travels by moving to Sioux City, IA, as a general assignment reporter, followed by Wichita, KS, as an aviation reporter. In Wichita he was eventually promoted to News Director, putting him in charge of the news division at the station, a position he held at the next three stations he worked at in Tampa Bay, FL; Rapid City, SD; and Huntington, WV.

In West Virginia he was promoted to General Manager, a position that put him in charge of the entire TV station. He held that title at his next two stops in Portland, ME, and Pensacola, FL, before retiring to Langford.

In addition to his work in television, Terry truly loved the farm. He’d often return and help out during the summer months.

He was married to Sandra Tratar for 15 years, and they became parents of two children, Jordan and Ally.

Terry enjoyed hunting everything, from small game to large game, and even took an alligator! He loved to ride motorcycles, and was especially fond of Harley Davidsons. He was also an avid horseman. Terry was a gifted communicator and could talk to anyone. His quick wit and true love of people shined through, and endeared him to all who knew him.

Grateful for having shared his life are his children, Jordan Cole and Ally Cole, both of Langford; his mother, Bonnie Cole of Langford; two brothers and a sister, Larry Cole, Ricky (Jean) Cole, and Holly (Terri) Glodrey, all of Langford. Preceding him in death were his father, Doug Cole, and his grandparents.