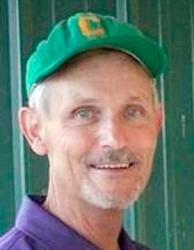 The funeral for Roy Pulfrey will be 10:30 a.m. Friday, April 14, at the Claremont United Methodist Church. Rev. Deb Mack will officiate, and private family inurnment of his cremains will take place at a later date in the Detroit Cemetery of rural Hecla. Visitation will be 6-8:00 Thursday, April 13, at the church, concluding with a 7:30 p.m. prayer service. Roy passed away on Sunday, April 9, 2017, at his rural Claremont home, surrounded by his family, at the age of 63. The Price Funeral Chapel of Britton has been entrusted with Roy’s arrangements. Roy Allan Pulfrey was born on December 19, 1953, in Britton, SD, to Ralph and Virginia (Buffington) Pulfrey. He grew up on the family farm three and a half miles northeast of Claremont and attended the first nine years of school in Claremont. After the school closed, he went to Langford High School and graduated with the Class of 1972. Always a good student and making his mother proud, Roy was the Brown County Spelling Champ in both the 6th and 7th grade and the runner-up in the 8th grade. He continued his education at the School of Mines and Technology where he was a member of the Triangle Fraternity. He received his Civil Engineering Degree in December of 1976. After completing his education, Roy took a job with the Natural Resource Conservation Services in Rapid City. He transferred to Lake Andes and eventually to Aberdeen. Later, he took a position with the Bureau of Indian Affairs with their roads department and natural resources, retiring from there in December of 2010. On May 25, 1985, Roy was united in marriage with Carrie Guhin on the Pulfrey family farm near Claremont. They became the parents of two children, James and Laura. In 2009, they built a new home on the farm and have lived there since that time. Over the course of his life, sports played an important role. In his youth, it was school sports and baseball. Later in life, he continued to play baseball and was part of the 1984-85 SD State Champion Amateur Team. Perhaps his greatest joy came when he had the opportunity to coach. He could share not only his knowledge, but also his passion for sports with younger athletes. He coached his daughter and son on their teams. Later he became the Assistant Boys Basketball coach at Langford High School, adding his talents to those of Paul Raasch and Michael Alberts. Together, they developed a basketball program in Langford that is the envy of many South Dakota schools. Community involvement was also a big part of Roy’s life, having served on the Langford School Board, the Brown-Day-Marshall Conservation District Board, and was a member of the Claremont United Methodist Church where he was part of the Foundation and Endowment Committee. Above all of his sports and civic involvement, Roy will be best remembered as a wonderful son, brother, husband, and father; a faithful and caring friend; and a kind and gentle man. Grateful for having shared his life are his wife of 32 years, Carrie Pulfrey; his son, James Pulfrey; his daughter, Laura (Nick Doetzel) Pulfrey; a granddaughter, Madison Sue Doetzel; his mother, Virginia Pulfrey; a brother, Dana Pulfrey; four uncles; several cousins, nieces, and nephews; and a host of friends. Preceding him in death was his father, Ralph Pulfrey. The family requests that in lieu of flowers, memorial donations may be made to one of the following: Claremont Summer Recreation Program, c/o Carolyn Sanderson, Treasurer, 11007 410th Ave. Claremont, SD 57432; the Claremont United Methodist Church, 201 6th Street, Claremont, SD 57432; or the Langford Area School, where a scholarship in Roy’s name will be established, P. O. Box 127, Langford, SD 57454. Condolences may be directed to the family in care of Carrie Pulfrey, 41152 117th Street, Claremont, SD 57432. An online guestbook and obituary are available at www.pricefuneralchapel.net.