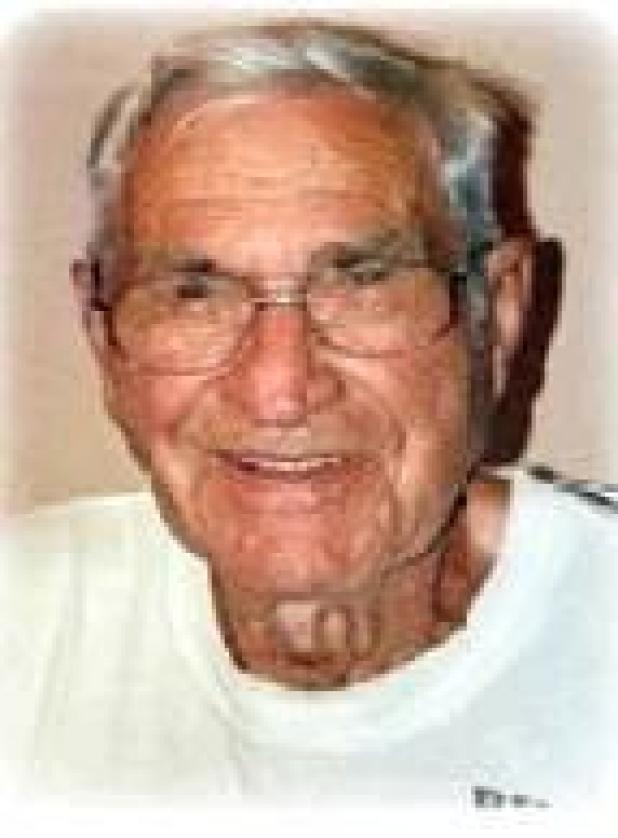 Robert Louis was born in Brainard, MN, to Jesse and Amanda (Miller) Pitkin. He grew up and lived on the family farm in the rural Kidder area.

He met Barbara Sticklestad and married in 1956. They raised four daughters on the farm.

He was a member of Pleasant Valley Lutheran Church, rural Kidder; member of the VFW Post No. 3507, Britton and American Legion Post No. 80, Britton.

Bill was a man of many talents, he could fix just about anything for himself and the neighbors. He was very mechanical repairing cars, trucks, tractors, lawn mowers, etc. Drove school bus for 20 plus years. He always told us girls that hard work never hurt anyone. If you want it, work for it.

He had quick wit with many funny one liners. (We each have our favorites).

Many wonderful memories were made on the farm, such as Dad walking beside us holding on to the bicycle until we learned how to ride. He taught us how to drive the Ford tractor pulling a big load of hay bales. The Fourth of July family reunions were always a blast, fireworks, and bonfires with an occasional pop of a firecracker that Dad had thrown in to surprise us! He spent his summers at the farm until he could no longer care for the yard. At that time he lived in a fifth wheel camper, parked at the baseball park in Britton, still visiting and walking around delivering cookies to his friends while enjoying life. He would drive to visit his daughters’ homes during the summer and spending time with his grandchildren.

He enjoyed wintering in Southern Texas for the last 40 plus years, truly a winter Texan! Drove down in the fall, alone, and came back to South Dakota in late spring. He had fun all winter with his friends from all over the US and Canada. He kept busy volunteering his services; daily making and keeping the coffee pots full for the people at the Rec. Hall for 16 years or more. Helped set up the tables and chairs for Wednesday night potluck suppers, Thursday night soup suppers, and church services. He liked helping people.

Bill was known as “The Cookie Man” by most, his homemade molasses cookies were famous. Often seen sitting outside in a lawn chair, in the shade, sewing on his afghan’s, called Swedish Weaving, on monk’s cloth, he made many different color patterns through the years and gave them all away. He said it kept his arms moving and his brain thinking while counting stitches.

He exercised every week day at the Rec. Hall with friends. He was a believer in getting up early and walking four miles a day. Square danced for years with his lady friends until his health didn’t allow it anymore. He enjoyed cooking his own meals and taking care of his RV home. Watching birds and being outside made him happy; it was the little things in life that made him smile.

He made scalloped potatoes for potluck suppers; he watched westerns on TV and listened to the radio. Bill and his friends went to Acacia RV Park on Saturday mornings, for biscuits and gravy, claimed they were the best around.

Animals, well let’s just say he never met one that didn’t soon become his friend. Dad really had a Blessed Life and will be greatly missed.

He was preceded in death by both of his parents, a sister, a brother, a brother in-law, and a sister in law.