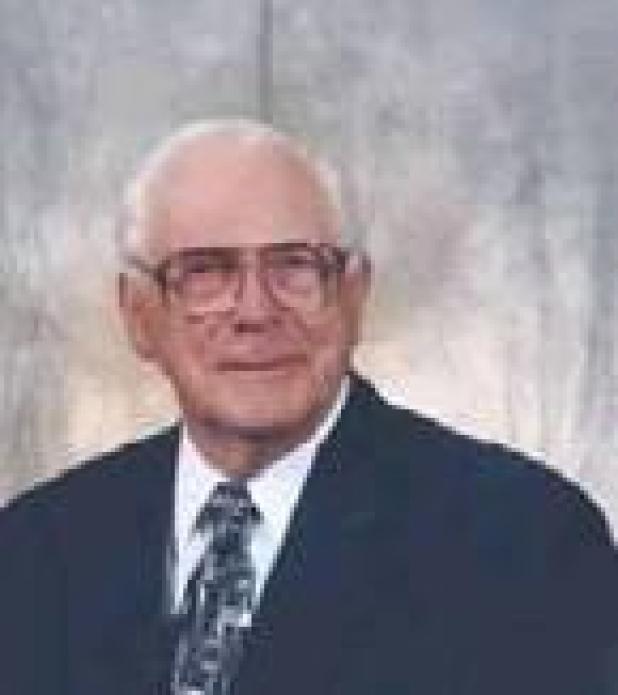 Milton Lindell, 101, of Sisseton, passed away on August 16, 2019, at Tekakwitha Living Center, Sisseton.

Milton (Mickey) Lindell, son of John and Marie (Legreid) Lindell was born on the 9th day of June 1918 in Veblen, SD. He was baptized and confirmed and was a lifetime member of Our Savior’s Lutheran Church of Veblen.

He attended school in Veblen, graduating from high school in 1936. After graduating, he worked at the local creamery for three years, attending Commercial College in Sioux Falls during the winter months.

In the fall of 1939, he enrolled at Concordia College in Moorhead, MN. During the time that he attended college he worked at Fairmont Creamery in Moorhead, part time during school time and full time during vacations and in the summer months. He graduated from Concordia in May of 1943.

Milton had joined the naval reserve in 1942, so after graduating he was called to active duty. He was sent to midshipmen school at Columbia University in New York City. After completing schooling there he received his commission as Ensign and was sent to San Diego to attend the destroyer school. He was assigned to special training in torpedo and depth charge handling, upon completion of training he was assigned to serve on the USS Burns which was a destroyer attached to the Pacific air craft carrier fleet. He served as torpedo officer and was promoted to lieutenant jg. He served on this ship until being released from active duty in April 1946. He remained in the naval reserves until 1949. For services during WWII he was awarded the American Area Campaign ribbon, the Philippine Liberation with two battle stars and the Asiatic-Pacific with seven battle stars.

After being released from active duty Milton returned to Veblen. Shortly thereafter, he started working in the bank. In 1950, the bank and insurance were for sale and with the help from some friends he was able to purchase them. He, together with his brother Quentin, ran the bank and insurance agency until selling them in 1978. Milton operated a real estate business for 20 years before retiring.

In December 1947, Milton was united in marriage to Leona Berend. The wedding was at Grace Lutheran in Fargo, ND. The marriage was blessed with two children, son Paul and daughter Lois.

Milton was active in the community serving many years on the school board, he was involved in the church serving on several boards and committees and teaching Sunday school classes. He had several hobbies including coin and stamp collecting and playing golf. For the past many years he and Leona spent the winter months in Arizona.

Milton held a lifetime membership in the American Legion and the VFW. He was a charter member of the Concordia College C-400 club and the college Founders Society. He and Leona were members and supporters of the Luther Seminary Heritage Society and the Lutheran Social Services Founders Family. They also established a long term scholarship fund for Veblen are students to be used for continuing education.

He is preceded in death by his parents, beloved wife Leona, and brothers Sherman and Quentin.

An online guestbook is available at www.frankfamilyfuneralhome.com

Summer has flown by at Karen Borgen’s Canyon Ranch. Diane and Dave Kinney have come several weekends to visit, ride, garden, and do yard work. We are now reaping benefits of our container gardening with a few roma tomatoes, kale, lettuce, and green peppers.

One morning, Karen Borgen, Diane and Dave Kinny of White, SD, met some family members in Sisseton at Rosalie’s for lunch. Those present were Karen’s sister Kathy Griffin of Aberdeen, her brother Lyle Farley of Arizona and his son Chris Farley of Atlanta, Ga., the cousins Ruth (Torvik) and Will Friedman and their daughter Jill Rose, all of Atlanta, Ga. We enjoyed dining, visiting and taking pictures.

On August 10th, Diane and Dave Kinney of White, SD, and mother, Karen, drove to the Dakota Magic Casino where they met Pat Weibusch of Wahpeton and her daughter, Nancy Lyons, of Lidgerwood for supper, visiting, and taking pictures.

One Sunday Mike Borgen of Sisseton came out to get his mother, Karen. They drove to Pickeral Lake to Karen’s sister, Kathy Griffin’s, at her cabin for a luncheon and to visit with Kathy’s son, Pat Griffin of California. Diane and Dave Kinney also joined them. They helped Pete Weig celebrate his birthday with a cake and later in the afternoon shared cheesecake his daughter had made. The afternoon was spent visiting and playing trivia and posing for pictures before departing for home.

Weekend guests of Larry and Durelle Meyers, were her brother, Gary Harn and wife Judy of Montecello, MN. On Saturday the 4 of them drove to the Columbia area to the home of their sister, Arlowyn (Harn) Spencer and husband Richard.