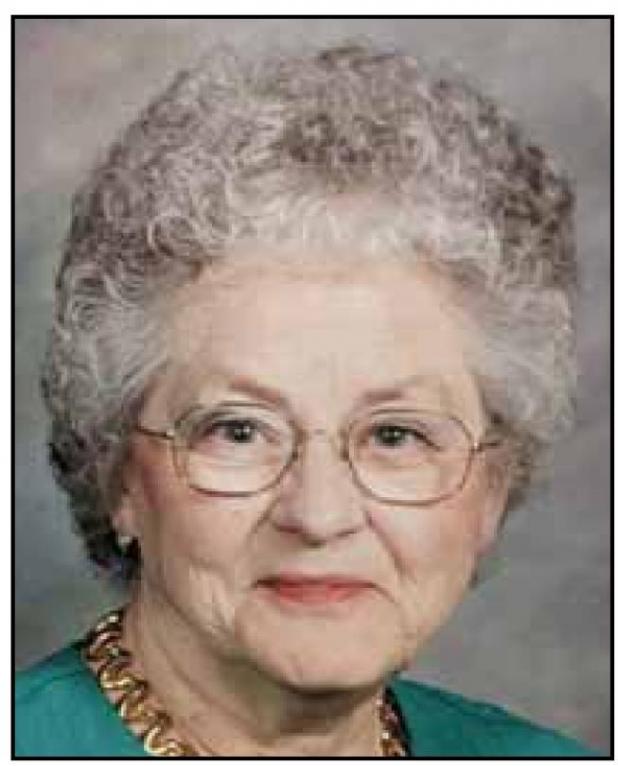 Lillian Nielsen, 93, of Roslyn and formerly of Webster passed away Sunday December 6, 2020 at Strand-Kjorsvig Living Center in Roslyn.

Lillian Viola West was born at home in Langford, SD on May 7, 1927 to Norwegian immigrants, Olaf S. and Gerda (Hemnes) West. She was baptized and confirmed in the Langford Lutheran Church. She attended several rural elementary schools and graduated from Langford High School in 1945.

She worked at several store jobs in Britton until she began working at a dental office where she met her future husband, Milo Nielsen. They were married on Sept. 17, 1947. They raised their family in Lake City while she also worked various jobs, eventually owning and operating her drive-in, Lily’s Pad. She was mayor of Lake City and instrumental in getting water piped into every home.

In 1975, Milo was transferred to Webster as a rural mail carrier. Soon after, they moved their home from Lake City to Webster where she worked for Dakotah Inc. in the drapery department and at Nerger’s (later Newby’s) department store.

Lillian enjoyed traveling. She and Milo spent many warm winters in Lake Havasu, AZ during their retirement, and visited family in Pennsylvania, Oregon, Iowa and California. Bob Ross inspired Lillian to learn to paint, and she shared her oil paintings with her family. She was an avid knitter, and made many afghans and personalized Christmas stockings for each of her grandchildren, and some of her great grandchildren. She also was an excellent cook, treating her family to the Norwegian foods and delicacies she learned to make from her mother. She bowled, played golf, cards, and board games. She loved her computer and spent many hours on Facebook, games, and email, making new friends as far away as Canada and Indonesia.

She was active in her Lutheran faith at Lake City Lutheran and St. John’s Lutheran churches and their women’s groups. She was also a member of the American Legion and VFW Auxiliaries, and Sons of Norway.

Lillian moved from Webster to the Strand-Kjorsvig nursing home in Roslyn in 2012. There, she continued making crafts and playing games, attending worship services and visiting with friends and family.

She was preceded in death by her husband, her parents, two brothers, Gerhard and Severen West, and infant grandson, Ryan Grupe.