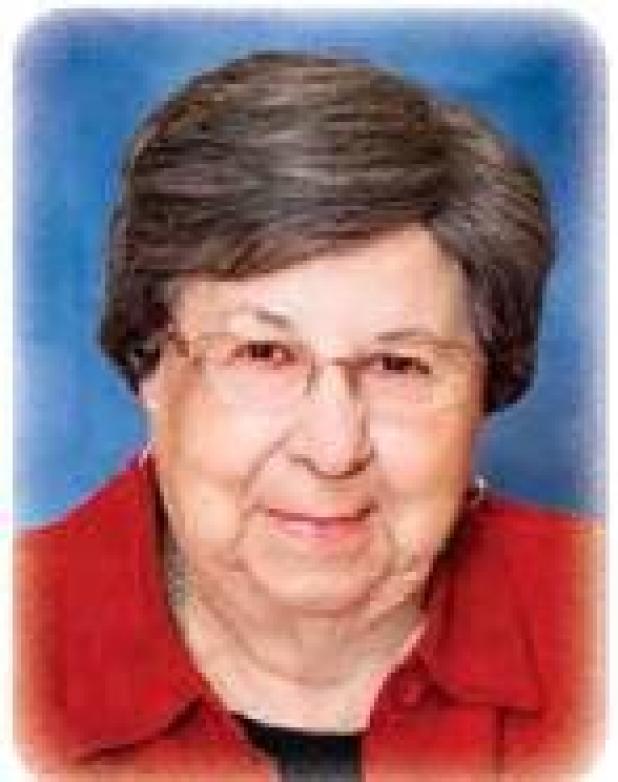 The funeral service for Lela Olson will be held at 10:30 a.m. on Saturday, May 25, at First Lutheran Church in Britton, with Pastor Terrill Sorensen officiating. Interment will be in the Britton Cemetery.

Lela May Beck was born on October 30, 1927, on a farm near Amherst, SD, to immigrant parents, August and Anna (Meinecke) Beck. When Lela was one year of age, she moved with her family to a farm 12 miles west of Britton in North Detroit Township of Brown County, SD. She attended North Detroit School through the 8th grade and graduated from Britton High School. Later she received her teaching credentials at Northern State Teachers College in Aberdeen and taught school in Aberdeen, Amherst, Britton, and Clark.

On October 19, 1952, she was united in marriage with the love of her life, Harold Arthur Olson at the First Lutheran Church in Britton. They lived in Britton and farmed the land Harold had rented before they were married. In 1961, they moved to the original Renziehausen homestead, folks who were relatives of Lela’s, and eventually bought that farm. This place is still owned and operated by their son, Kervin and his family. In 1987 they moved back to Britton and Lela cared for her mother until her death in 1991. Harold passed away on October 17, 2001. Lela remained in their home until a stroke made it necessary for her to spend her last years as a resident of Wheatcrest Hills and Spruce Court in Britton.

Lela served as the Beck family matriarch and historian for many years, and was always there when someone in the family needed help. She was willing to lend a hand of support to anyone, whenever it was needed.

Lela was an active member of the community and enjoyed entertaining her family with picnics at the lake and on holidays. Over the years Lela had baked and decorated many beautiful cakes for friends and family. She could be found at most auction sales in the surrounding area, often purchasing several items that her auctioneer brother, Kenny had sold her without her having to bid!

She was a member of the First Lutheran Church of Britton, had served as a Trustee, president of WELCA and was active in the ladies circles. Her community involvement was second to none, having served on numerous boards, some of which include the Marshall County Commissioners, the Credit Union Board of Directors, NFO, was president of Fun After Fifty, Detroit Township Board, was active in the Relay for Life and many other committees. In addition to her civic duties, Lela had also been a sales representative for Mox and Shacklee Products and was a school bus driver for a number of years.

Preceding her in death were her parents; her husband; her daughter-in-law, Cindy Olson; four brothers, Art Beck, Marvin Beck, Elmer Beck, and Kenny Beck; as well as several sisters-in-law and brothers-inlaw.

She will truly be missed by all who knew her.

Her arrangements have been entrusted to Price Funeral Chapel of Britton. An online guestbook and obituary are available at www.pricefuneralchapel.net. Condolences may be directed to the family in care of Kervin Olson, 10989 411th Ave., Amherst, SD 57421.