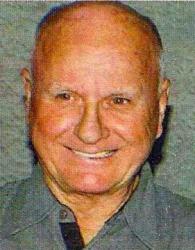 Long-time Castro Valley, CA, resident, Larry Smith, was killed in a tragic accident in Fresno, CA, on February 15, 2017. A Celebration of his Life and Memorial Service was held on Saturday, March 25, at 3Crosses Church in Castro Valley, CA. Larry was born in South Dakota near the North Dakota border on a large farm near the town of Kidder. He was one of 12 brothers and sisters born to Clarence and Emma Smith. Larry went to the west coast while in the Army where he eventually settled in Castro Valley. He spent 15 years working as a machinist and truck mechanic for diesel truck manufacturer Mack Trucks of Hayward, CA. He then worked for seven years as a maintenance mechanic for Upright Scaffold of Berkeley, CA. Larry finished his working career as an invaluable maintenance worker at 3Crosses Church in Castro Valley while also doing property repair for local companies in the Castro Valley area. Larry was a 50-plus-year member of the 3Crosses Church, where he will be greatly missed. He spent many years serving in the bus ministry, repairing and maintaining the buses, and transporting young people and adults to events such as water ski trips, snow trips, camps, and retreats. He also spent time on several mission trips as part of his service to 3Crosses Church. He is survived by his wife, Rosalina; son, Sal; three grandchildren, Jonas, Hunter, and Tatum; his only surviving sibling, Dorothy Rygg, 92, of Napa, CA; and many nephews and nieces, several living in the Britton area. The family suggests any memorial donations be made to the Dave Von Rotz Youth to Camp at 3Crosses Church, 20600 John Dr., Castro Valley, CA 94546.