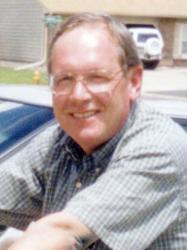 Keith Clayton Carson, 64, of Littleton, CO, passed away on December 2, 2016, at the Medical Center of the Rockies, Loveland, CO, due to cardiac arrest. He donated his body to Science Care, Aurora, CO, for research.

A Celebration of Life ceremony will be held on Saturday, June 3, at St. Luke’s United Methodist Church, 8817 South Broadway, Highlands Ranch, CO, at 2:00 p.m., with visitation one hour prior.

Keith was born on January 23, 1952, at the Britton hospital to Clayton and Lucille (Hanson) Carson, Langford. He was baptized and confirmed at Highlanda Lutheran Church, Langford. He attended grades 1-7 in Langford and moved with his family to Aberdeen in 1965. He graduated from Aberdeen Central in 1970 and received a degree in Business Administration from Northern State College, Aberdeen, in 1974. He began his employment at McLaughlin Electric during college and continued working there until moving to Englewood, CO, in 1978. Keith was a highly respected salesman for E & M Sales, Englewood, CO, for most of his career.

Keith married the love of his life, Joey Lupient of Mitchell in a service at the War Memorial Rose Garden, Littleton, CO, on July 5, 1986.

Keith was a gentle, loving, compassionate man with a kind heart and his dad’s quick wit. He enjoyed the mountains, skiing, going to Bronco games, and golfing with his brother John. He was known for his famous kumla and kringlas at Christmas.

He was predeceased by his parents, Clayton and Lucille Carson; his parents-in-law, Gogie and Raleigh Lupient; and his four-legged “daughters” Ethel and Lucy.

In lieu of flowers, memorials may be made to a preferred organization of the donor’s choice. He truly loved us all and will be dearly missed and joyfully celebrated.