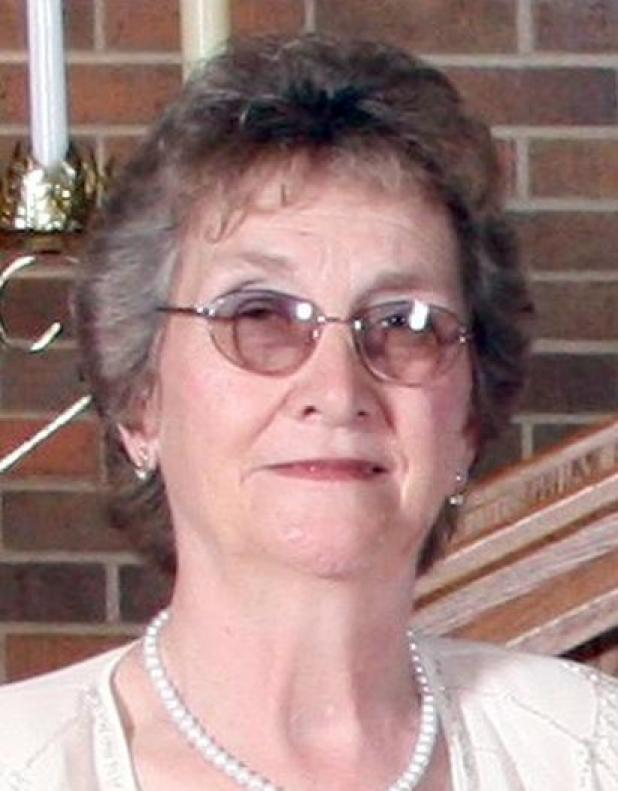 JoAnn A. Deutsch, 79, of Eden, passed away on October 22, 2016. Funeral Mass will be held on Saturday, October 29, at 10:30 a.m. at the Sacred Heart Catholic Church, Eden, with Rev. Fr. Brian Simon Celebrant. Organist will be Mary Wagner with special music by Taylor Deutsch and the Sacred Heart Church Choir. Pallbearers will be Keenan Deutsch, Brandon Spears, Christopher Janisch, Kyle Deutsch, Kendal Deutsch, and Conner Deutsch. Honorary pallbearers will be all of JoAnn’s grandchildren and great-grandchildren. Interment will be in the St. Michael Catholic Cemetery, Eden. There will be visitation on Friday, October 28, at the Sacred Heart Catholic Church, Eden, from 5 to 7 p.m. with a Rosary and Prayer Service at 7 p.m. The Cahill Funeral Chapel of Sisseton, SD is in charge of arrangements. JoAnn Angeline Deutsch was born on October 18, 1937, on the family farm near Grenville to Frank and Sally (Dolney) Kulesa. She went to school in Grenville and graduated from St. Joseph’s High School. On June 20, 1955, JoAnn married Florenz Deutsch at St. Joseph’s Catholic Church in Grenville. JoAnn and Florenz made their home on a farm near Eden with their seven children. JoAnn loved raising her children and being involved in all the school activities. She also loved being part of the community and was a member of Sacred Heart Catholic Church in Eden and the Altar Society. Over the years she worked at Dacotah Inc. in Eden, Strand-Kjorsvig Community Rest Home in Roslyn, and as a cook at Roslyn School. JoAnn loved spending time with her grandchildren and great-grandchildren, visiting family and friends, and enjoyed baking, canning, and reading. JoAnn entered the Strand-Kjorsvig Community Rest Home in Roslyn on December 29, 2011. JoAnn is survived by her seven children, Gwen Rumpza of Sioux Falls, Bryan (Christine) Deutsch of Delano, MN, Tim (Sharon) Deutsch of Sioux Falls, Mark Deutsch of Columbia Heights, MN, Perry (Linda) Deutsch of Aberdeen, Troy (Terri) Deutsch of Sioux Falls, and Natalie (Troy) Sattler of Roslyn; two brothers, Louie (Cindy) Kulesa of Webster and Frank Jr. Kulesa of Grenville; 15 grandchildren; and nine great-grandchildren. JoAnn was preceded in death by her husband, Florenz Deutsch; her parents, Frank and Sally Kulesa; siblings, Phillip, Joe, Mary, Lorraine, Genny, Sally Ann, and Ernest; and son-in-law, Lester Rumpza. Memorials may be sent to St. Michael Catholic Cemetery or a charity of your choice. For JoAnn’s obituary and on-line registry please visit www.cahillfuneralchapel.com