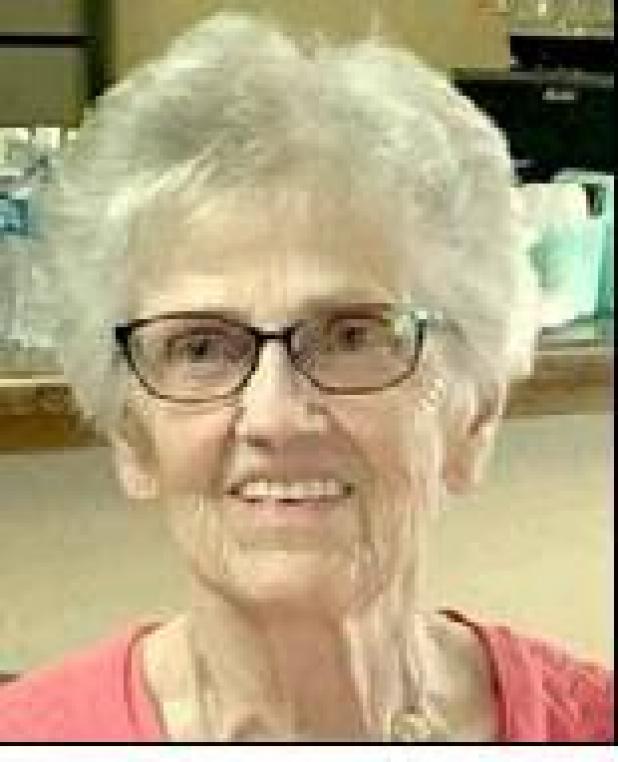 The funeral for longtime Britton resident, Joan Paulson, will be held at 10:30 a.m. on Friday, December 13, at the First Lutheran Church of Britton. Rev. Terrill Sorensen will officiate and interment will be in the Britton Cemetery. The Price Funeral Chapel of Britton has been entrusted with Joan’s arrangements.

Joan passed away on Thursday, December 5, 2019, at Dougherty Hospice House in Sioux Falls at the age of 81, with her family at her side.

Joan Eileen Stemwedel was born on April 9, 1938, in Watertown to Willard and Eileen (Coyle) Stemwedel. She was raised on the family farm near Florence, and in 1956 she graduated from Florence High School.

On September 22, 1956, Joan was united in marriage with Roger Leland Paulson at Florence. They made their home in Watertown until moving to Britton in 1962. Once their children had reached school age, Joan started working. She became Roger’s able assistant in his role as a meat cutter at local grocery stores. They retired in February of 2000. Roger passed away on September 4, 2002. Joan continued to make her home in Britton until moving to Aberdeen in July of 2017.

Joan was a member of the First Lutheran Church in Britton and had been active in the ladies group and circles. She was an avid bowler, participating in both a ladies and mixed league. During Roger’s heyday as a softball pitcher, Joan was truly his number one fan and cheerleader. No one was prouder than Joan when he was inducted into the South Dakota Softball Hall of Fame!

She also followed Duke basketball and Nebraska Football religiously. Shopping was a favorite pastime for Joan, and she had standing bi-weekly hair appointments, which she never missed. She always looked immaculate! Perhaps the only thing to surpass any of Joan’s interests was her love for family – Roger, her kids, the grandkids and eventually the great-grandchildren. Each had a very special place in her heart.

Preceding her in death were her parents; her husband; an infant son, Michael; four brothers, Jerry, Bill, Jim, and Richard Stemwedel; and several brothers- and sisters-inlaw.

Condolences may be directed to the family in care of LeAnn Kilker, Box 85, Britton, SD 57430.

An online guestbook and obituary are available at www.pricefuneralchapel.net