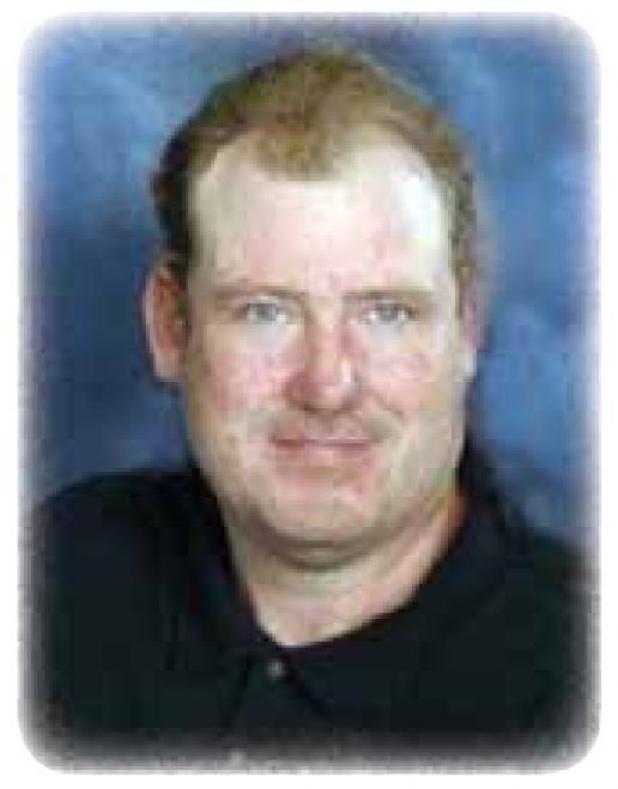 Organist was Karen Hornseth and Soloists were Cindy Marohl and Sandi Jaspers.

The Cahill Funeral Chapel of Sisseton, was in charge of arrangements.

Jesse was born on January 11, 1973, in Hankinson, ND, to Paul and Linda (Christianson) Skarnagel. He grew up in Groton, graduating from Groton High School in 1991. After high school, he attended college at Moorhead State University, Moorhead, MN, pursing a Business Ag degree.

During his sophomore year of college, he met the love of his life, Michelle Bankers, in Page, ND. He proposed to Michelle in 1995 with a handmade wire ring painted John Deer green. They were united in marriage on August 7, 1999, at St. James Catholic Church in Page, ND. Shortly after the wedding, they moved to Lidgerwood, ND, to be closer to the Skarnagel Family Farm. They later settled in Claire city, SD. In October of 2004 Jesse and Michelle welcomed their first born, Ethan Vane, aka Spud. They had a daughter Isabelle Joy, aka George in December of 2006. Then in 2015, their family was completed when Adam Nelson, aka Bozo came to live with them. He has been like a son and brother ever since. Jesse was always bragging about his family to anyone who would listen.

Throughout the years, he worked at several elevators in North Dakota and South Dakota, the Rosholt ethanol plant, and the Whittenburg Enterprises turkey farm in Wyndmere, ND. He was working at Full Circle Ag in Forman, ND, at the time of his death.

His true passion was farming with his father Paul, and sons Ethan and Adam on the Skarnagel Family Farm near Claire City, SD. He loved gardening, fishing, hunting, snowmobiling, four wheeling, and tinkering on vehicles with the boys. He and his daughter shared a special bond over their love of animals. She will always be his little girl. He took pride in teaching all three kids to drive various farm equipment. He taught them to love the outdoors.

Jesse is preceded in death by his mother, Linda; grandparents, Arlin and Marian Skarnagel, Kenneth Christianson, and Don Stampe; and cousin Jonnathan Christianson.