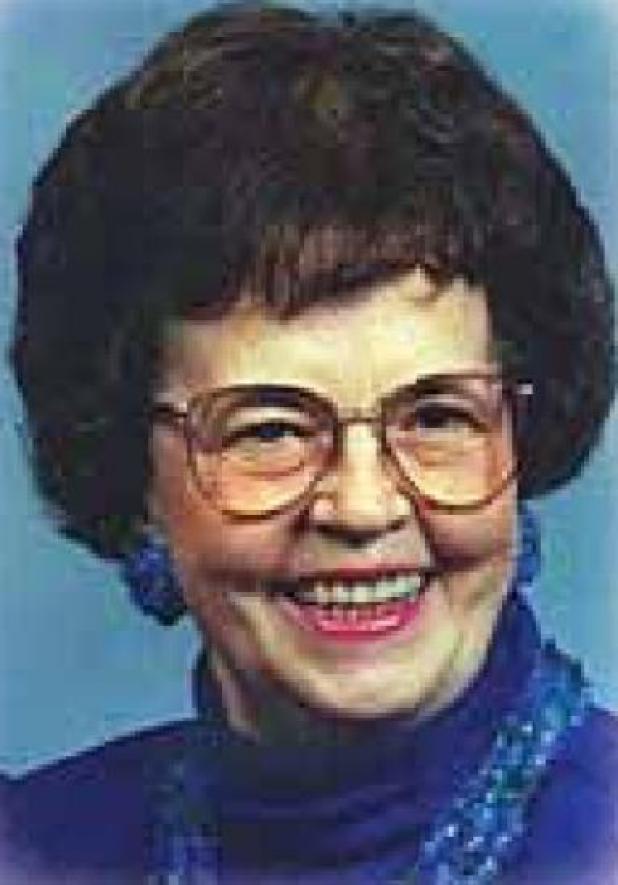 Janet Marie Lindell was born on November 18, 1924, in Veblen to John and Marie Lindell. She was Valedictorian of Veblen High School in 1942. She graduated from Augustana College, Sioux Falls, in 1946 with degrees in English and music. Her college years were at times fraught with worry over her three brothers, who all served in the Pacific during World War II. She spent much of her life as a schoolteacher with various school systems in Minnesota, California, and Kansas.

She was married to James L. Peterson in Santa Rosa, California, in 1951. They initially relocated to Emporia, Kansas, and then subsequently to Leavenworth, Kansas, in 1959 when James was hired by the U.S. Department of Defense at Ft. Leavenworth. Their marriage produced two children, son Quentin (b. 1954) and daughter Barbara (b. 1955). They divorced in 1967.

She married James Wolfe in 1975. Mr. Wolfe passed away in 1979. After retiring from her teaching career in the late 1980’s, she moved to Falls Church, Virginia, in 1994 to be closer to her daughter’s family.

Mrs. Wolfe was active in church activities, playing the organ, piano, and singing. During her retirement years, she greatly enjoyed travel, both domestic and foreign, and spending time with her children and grandchildren, and more recently, great-grandchildren.

Everyone who knew Janet will remember her for her unfailingly cheery disposition and photogenic smiles, and her uncanny ability to link names and faces.

In addition to her parents, she was preceded in death by her brothers Sherman, Milton, and Quentin Lindell.