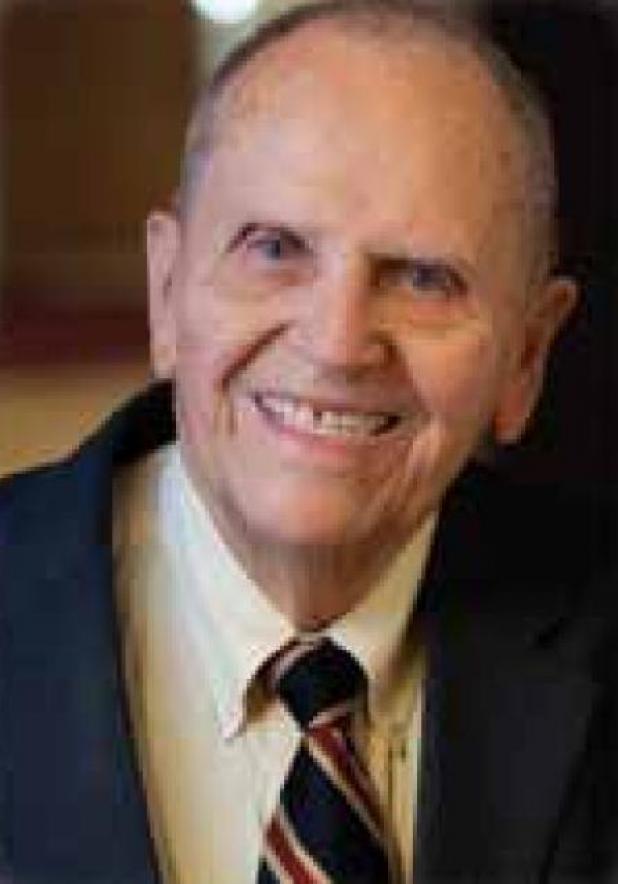 Hugh Kehne Schilling died peacefully at his home in Fountain Hills, AZ on September 22 at the age of 95.

Born March 14, 1925, Minneapolis, MN. Hugh graduated from Saint Paul Academy in 1943. Following high school, Hugh enrolled in the Army Air Corps cadet program and trained in the gunnery school. He served in WWII from 1943-1946 flying missions over Japan, working fire-control gun turrets on a B-29.

He married Margaret Simons on January 6, 1951 and they resided in St. Paul, Minnesota while raising their three children.

Hugh proudly served until his death as Chairman of the Board of Horton Holding, Inc., a private family owned manufacturer of engine cooling systems he started in 1951 after purchasing the assets of Horton Manufacturing, Co., Inc.

In 1974 Mr. Schilling constructed a 14,000 square foot manufacturing facility in Britton. A plant manager was hired in October and the first employee started in December. By mid-1975 there were 16 employees. Today the Britton facilities have over 150,000 square feet and employ over 150 people. Fan clutches built in Britton include both on- and off-road applications for trucks, buses, agriculture and mining with a reputation for fuel savings, quiet operation and durability.

Hugh’s commitment to Britton is evident in the investments he made in the community. The Britton Pool, Britton Library, Hugh K. Schilling Football/Track Complex, multiple care and wellness facility improvements and most recently the Community Event Center all exist in Britton because of his generosity.

Hugh’s persistence, engineering skills and business acumen led Horton to become a global leader in the manufacturing of engine cooling systems serving a variety of markets. He was a true entrepreneur holding 21 patents. He enjoyed sharing his business experience by sponsoring mentorships and educational partnerships over the years.

A family service has been held in Arizona and a Memorial Service is planned for a future date. Memorials can be sent to Junior Achievement of the Upper Midwest, 1745 University Ave W., St. Paul, MN 55104, Hospice of the Valley, 16117 N. 76th Street, Scottsdale, AZ 85260 or donor’s choice.