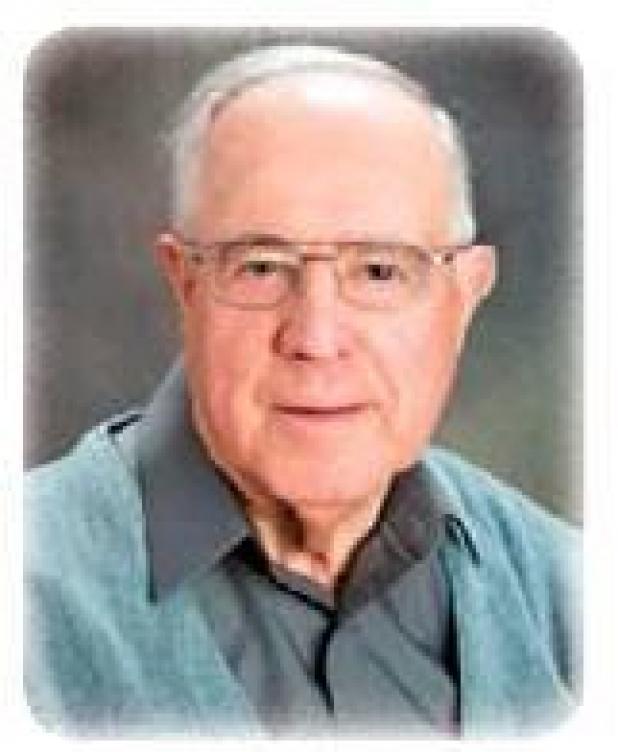 The Mass of Christian Burial for Howard Stocking will be held at 10:30 a.m. Thursday, July 25, at St. John de Britto Catholic Church in Britton. Rev. Fr. Albert Cizewski will officiate. Burial with military honors will be in the Britton Cemetery under the direction of the Price Funeral Chapel of Britton.

Howard Francis Stocking was born on November 30, 1926, in Britton to Verne Jay and Gertrude Anna (Minnehan) Stocking. He grew up and attended school in Britton, graduating from Britton High School in 1944. While in high school, Howard participated in football and basketball, was an excellent sprinter in track, sang in the chorus, and played the bass horn in band.

After completing his education, Howard took a job at Thompson Lumber Yard in Britton. In April of 1945 he enlisted in the U. S. Air Force and received his basic training in Wichita Falls, KS. He was later transferred to Amarillo TX, where he received training as a mechanic for the B-24 Bombers.

In February of 1946, Howard was sent to Tokyo, Japan. He remained there until his return to the US in November of 1946 and was honorably discharged that December. He came home to Britton and along with his cousin, Don Quarve, contracted to build a private telephone line from Britton to a group of farmers south of town. In 1948, Howard began a job with Butler Insurance and Auto Sales as an auto parts salesman.

On July 12, 1955, Howard was united in marriage with Vivian Ruth Cole at Our Lady of Mercy Catholic Church in Cogswell. They made their home in Britton where they raised their family. In 1959, Howard left Butlers and went to work as a bookkeeper for Thorp Auto in Britton. He remained there for the next ten years.

Following Leo Butler’s death in 1969, Howard bought the business from Leo’s wife and he owned and operated it under the name of Butler Insurance Agency. On January 1, 1988, he sold the business and semi-retired. Howard remained part of the business, right up to the end. He was still working a few hours a week, helping with the duties that go along with an insurance business.

Howard was a faithful and faith-filled member of St. John de Britto Catholic Church in Britton. He belonged to the American Legion and VFW, and had served for many years as a part of the Honor Guard. His passion was golf, and he was a little disappointed that at the age of 92, this was would be the first summer he wouldn’t be able to play. Howard was interested in sports of all kinds and when his television wasn’t tuned in to some sporting event, he was watching an old western. In his later years, being able to watch his grandchildren participate in their activities brought him great joy.

Preceding him in death were his parents; his wife, Vivian on September 26, 2014; a sister, Vernice Blando; and three brothers, Bernard, Eugene, and Merlin Stocking.