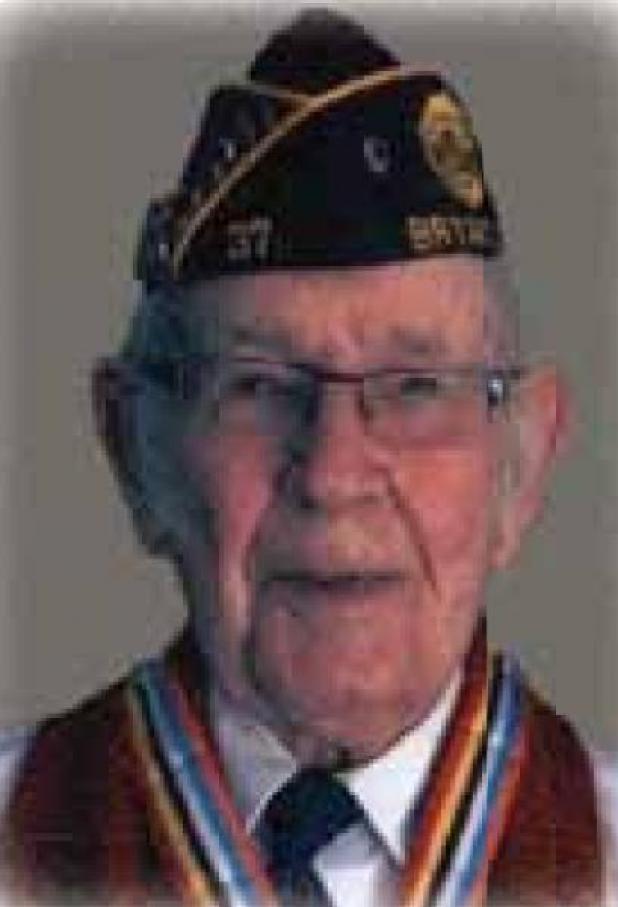 BRYANT – Heinrich “Hank” Poeggel, 90, of Bryant, SD passed away on Friday October 2, 2020 at Avantara in Watertown, SD. Funeral Services will be 10:30 A.M. Friday October 9, 2020 at Our Redeemer Lutheran Church in Bryant, South Dakota and will be live streamed on Fiksdal Funeral Service Facebook page. Burial will follow at Falnes Lutheran Cemetery near Langford, South Dakota at 2:00 P.M. Friends and family are welcome.

Heinrich “Hank” Johann Karl Poeggel was born on March 25, 1930 in Deutch-Krone, Germany to Paul and Erna (Jaster) Poeggel. Hank attended many different schools from 1936-1945 while the family moved around for Hank’s father’s military career. The end of World War II brought a premature end to his formal education. In 1945 the family had to flee their home and went to Ohndorf where Hank worked as a hired hand on a farm for four years. In 1949 Hank got a job digging coal in an underground mine. Hank’s earnings were the main support of the family due to his father’s illness.

Hank traveled to the United States in October of 1951 and was sponsored by his mother’s cousin, Heinrich Moellering. Hank worked on Heinrich’s ranch for six months and then enlisted in the U.S. Airforce. He began a 7 year military career that took him from boot camp at Parks A.F.B. in California to Alexandria A.F.B. in Louisiana and then to Korea from 1953-1954, to Great Falls, Montana where he was assigned to SAC (strategic Air Command) and finally to Ellsworth A.F.B. in Rapid City, South Dakota. While assigned to SAC he attended school at Sheppard A.F.B. where he trained as an Intelligence Specialist in the radar bombing target division. Hank attained the rank of Staff Sergeant and was honorably discharged from the service in April 1959.

Hank met Ardell (Hoines) in the fall of 1958. They were united in marriage on August 30, 1959 at Falnes Lutheran Church near Langford, South Dakota. The couple made their home in Aberdeen where Hank worked at KXAB. In 1960 they moved to Sioux Falls where he worked at KELO TV as a camera man. While living in Sioux Falls, he enrolled in Nettleton Business College. In February 1963 they moved to Bryant, South Dakota. Hank worked at the Bryant State Bank where he started as a teller and went on to be the Vice President and a Senior Loan Officer. He also served on the bank’s Board of Directors until his retirement in 1995.

Hank loved photography and model railroading. He was also active in the community and held many positions with the Bryant American Legion Post, the Bryant City Council, and Our Redeemer Lutheran Church Council. Hank and Ardell both enjoyed traveling to many states and also Norway, Germany, Jamaica, and the Virgin Islands. Ardell passed away in 2014. Hank continued living in Bryant before moving to Avantara in July of 2019.

Hank will be missed by his brother Manfred (Marika) Poeggel of Germany and many nieces and nephews. He is proceeded in death by his parents, one brother, and his loving wife, Ardell of 54 years.