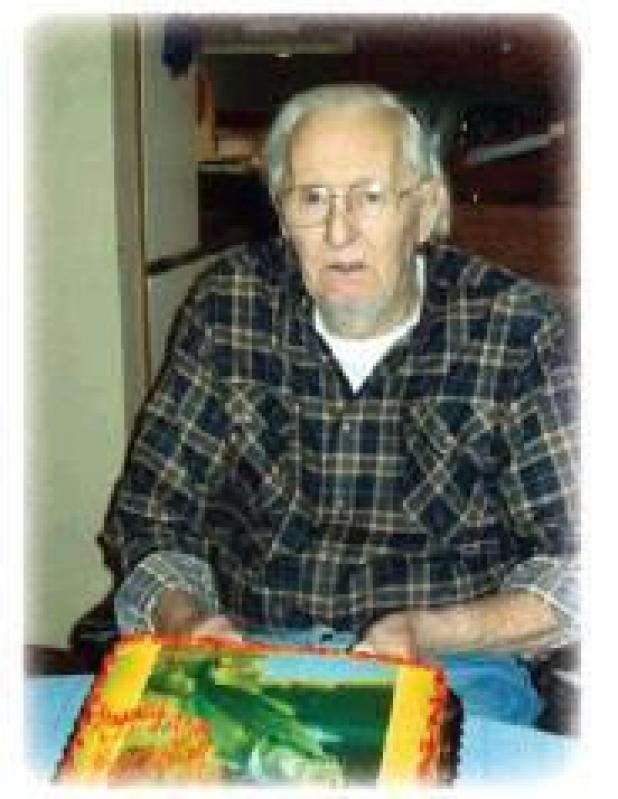 The graveside service for Harley Hoisington of Eden, and formerly of Lake City, will be held at 2:00 p.m. on Thursday, August 15, at the Britton Cemetery of Britton. Rev. Terrill Sorensen will officiate and military honors will be presented.

Harley passed away on Saturday, August 3, 2019, at Strand-Kjorsvig Living Center in Roslyn at the age of 93.

Harley Kermit Hoisington was born on October 8, 1925, in Chester, SD, to Harley H. and Marietta (Maltheson) Hoisington. As a youngster, he grew up and attended his early grade school years there. He moved with his family to Sioux Falls where he completed his education, graduating from Washington High School.

At the age of 18, Harley joined the U. S. Navy on December 16, 1943. He served on the USS Washington in the South Pacific as a member of the aircraft gunner crew during WW II. He was honorably discharged on April 19, 1946 and returned to the states.

On October 7, 1950, Harley was united in marriage with Violet McClure in Philadelphia. They made their home in Philadelphia for a few years, and Harley helped install the first computer that was used in the Pentagon. Harley and Vi later moved to Sioux Falls. A few years later, they moved to Aberdeen. Harley worked as an appliance and television repairman for Sears for most of that time. In 1968, they bought the Clear Lake Lodge near Lake City, which they owned and operated for the next five years.

After retiring, they remained in the Lake City area, living primarily on Clear Lake. Vi passed away on December 16, 1995, and Harley continued to live at the lake. Later, as it was more difficult for Harley to live alone, he made his home with Sandra Madsen in Eden. They made a perfect team, each able to do something that the other one wasn’t.

During his time at Clear Lake, Harley was well known as “Mr. Fixit.” Anyone who had an electrical issue knew that Harley could fix it. He was also gifted as a plumber and carpenter and was truly a jack-of-all-trades. Harley was meticulous, organized, and gracious. Whenever anyone did anything to help him, his last words to them were always, “Thank you very much!”

In his spare time, Harley loved to fish and hunt, both with a gun and as an archer. Over the years he had won a number of fishing tournaments. He enjoyed woodworking and had made many wooden toys, swings, bird houses, and furniture. He also built his own cabin and greenhouse at Clear Lake.

Harley is survived by a sister, Jerri (Fred) French; a brother, Roger Hoisington; and 15 nieces, nephews, and their families.

Preceding him in death were his parents; his wife; and three siblings, Merna (Lenard) Eichorn, Ruth (Bud) Christensen and Kent Hoisington.