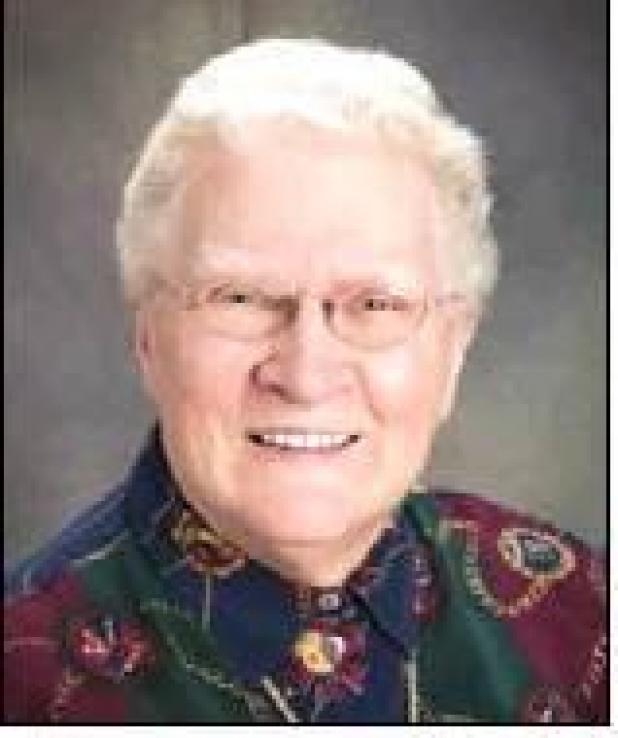 Private family inurnment will take place in the Poitra Family Cemetery of Corson County, South Dakota, at a later date. The Price Funeral Chapel of Britton has been entrusted with Fran’s arrangements.

Fran passed away on Saturday, October 5, 2019, at Sanford Medical Center Fargo at the age of 82, with her family at her side.

Frances Monica “Fran” Rice was born on July 9, 1937, in Britton, to William Alfred and Emily Frances (Bachmeier) Rice. As a youngster, she grew up and attended school in Britton, graduating from Britton High School in 1955. After receiving her education, she took a job with the phone company and worked at the offices in Britton, Aberdeen, and eventually Rapid City.

While working as an operator in Rapid City, the wires from the local phone company got crossed with the lines at Ellsworth Air Force Base where a young GI was trying to place a call. That fellow thought that Fran had such a pleasant voice that he eventually not only got a date with her, but they were eventually married!

On June 18, 1960, Fran was united in marriage with Charles David “Chuck” Poitra in Rapid City. They lived there for a few years before moving to Britton, where they spent the rest of their married life. Fran devoted those first years of marriage to raising their family, but also took in other children and served as a daycare. When her children were school age, Fran took a job at First Savings Bank in Britton, but eventually returned to daycare. Later Fran worked as a baker, first for Ray Freiss’ Jack and Jill, and later for Remily’s Super Valu.

In 1985, Fran and Chuck joined forces and owned and operated Fran’s Café until 1997. At that time, Fran went to work at Sheldahl in Britton and remained with them until they left town. Fran retired from fulltime work but continued to be a very busy volunteer, right up to the end. Chuck passed away on November 7, 2014, and Fran continued to make her home in Britton.

Fran was a faithful member of St. John de Britto Catholic Church in Britton, and participated in many aspects of church life. She was active in the Altar Society, sang in the choir, and has served as a sacristan for many years. She was the last survivor of the first children baptized when the current church was built. Fran kept a notebook with pages of names of people for whom she would pray. She was a true prayer warrior!

In her spare time, Fran loved to do word find and crossword puzzles. She enjoyed gardening and playing cards, especially cribbage. She loved to go fishing, and held the “Poitra Family Record” for largest northern, until being edged out by a grandson a few years later. Knowing Fran, she was probably prouder of her grandson besting her record than she was of her holding it! Family was of great importance to Fran. She loved to have them gathered around the table and she was famous for always turning out a delicious meal and baked goods. Each of her grandchildren had a special place in her heart.

Preceding her in death were her parents; her husband; and a brother, Edward Rice.

Condolences may be directed to the family in care of Marianne Donner, 137 Allen Dr., Lincoln, ND 58504.