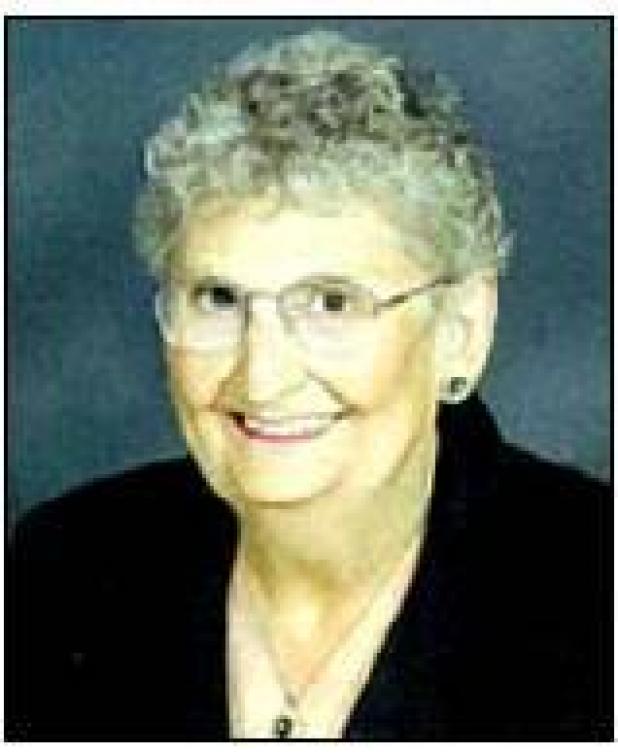 Her funeral service will be held at 10:00 a.m., on Saturday, November 16, at Plymouth Congregational United Church of Christ in Aberdeen. The Rev. Jon Damaska will officiate.

Entombment will be at Sunset Memorial Gardens in Aberdeen.

Honorary Casketbearers will be Florence’s family and friends, Members of Plymouth Congregational United Church of Christ and Aberdeen Moose Lodge.

Florence was born on May 29, 1933, to Anton and Magdalena (Gabriel) Heilman at Bowdle, SD. She attended school at Modesta Township Country School until moving with the family to Roscoe, SD, in 1945. She graduated from Roscoe High School with the class of 1952 and moved to Aberdeen in 1953. She worked at Heinzman Grocery until 1955.

Florence was united in marriage to Marvin A. Lehr on October 18, 1955, at Roscoe. They farmed until 1973, then moved to Britton, where they purchased the local motel and sale barn. In 1992, they sold their businesses and moved to Aberdeen, where they purchased and operated Lakeside Estates until 2000. After selling their business, they retired to their hobby farm near Aberdeen.

Florence enjoyed spending time with her family, especially the grandchildren and greatgrandchildren. She loved to cook and bake for her family. She also enjoyed embroidery, reading, collecting cookbooks, and gardening flowers.

She was a member of Plymouth Congregational United Church of Christ in Aberdeen, Puritan Lady’s Aide Circle, and Women of the Moose. In her spare time, Florence volunteered at the Moose Lodge and her church.

Florence is preceded in death by her parents; husband, Marvin (12-22-2002); three brothers, Clarence, Floyd, and Christ Heilman, and one sister, Lenora Malsam.