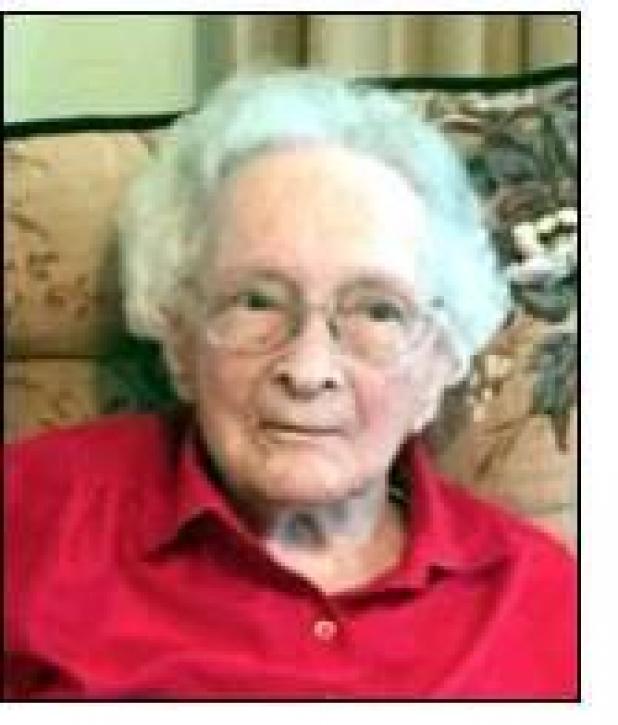 Dorothy Gerken passed awayonWednesday,November 6, 2019, at Wheatcrest Hills in Britton, at the age of 102.

Visitation for Dorothy Gerken will be from 2:00-4:00 p.m. on Sunday, November 17, at Price Funeral Chapel of Britton, with her family present. No formal service is being planned. Interment will be at Sunset Memorial Garden in Aberdeen.

Dorothy F. Gerken was born on July 25, 1917, to Frank and Anne (Kenny) Colestock in Hecla. On August 24, 1932, she was united in marriage with Irvin “Tony” Gerken in Britton. They farmed in the Hecla area and worked on Bonham Ranch from 1950-1968 near Britton. After Verl Cutler bought the ranch, they moved to Cutler Farm near Claremont. Tony passed away on May 6, 1989, and Dorothy moved to Aberdeen. She has lived on her own until she fell in December 2018.

She will be remembered as a talented seamstress, sewing simple patterns to wedding dresses. She would even make her own patterns! She was a gifted pianist and gave many lessons to her neighboring children. Music was important to her and she enjoyed people singing to her and with her. Dorothy’s yard was always well kept and she had a very abundant garden! She raised strawberries, and people from neighboring towns would come from miles to get her strawberries.

Dorothy amazingly and proudly remembered everyone’s birthdays/names until she reached 100!

and a sister-in-law, Claudette Colestock.

An online guestbook and obituary are available at www.pricefuneralchapel.net.obituary