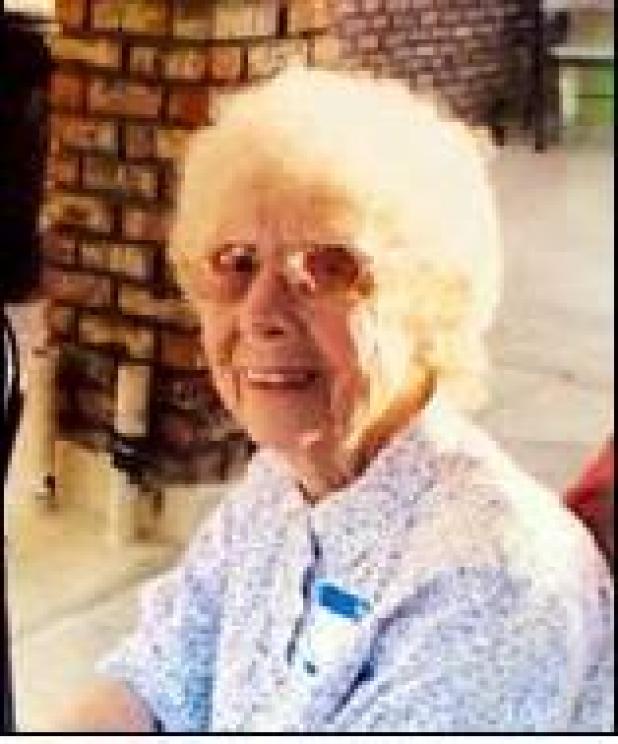 Services will be held at Palestine Lutheran Church, Veblen, on September 28 at 2 p.m.

The youngest of seven brothers and sisters, Doris was born on February 11, 1932, to Thorvald and Anna Christianson, in Hillhead, where she also grew up.

She was a nurse’s assistant during her young adult years. In 1960 Doris married Vernon Hanson. They lived on the Hanson family farm in Veblen until 1964 when they moved to Santa Monica, CA. She had two children: Stacey Hanson in 1965 and Craig Hanson in 1967. As a family, they were members of Mount Olive Lutheran Church in Santa Monica. Doris was also a teacher’s assistant at Will Rogers Elementary School, a half block from the house she lived in.

In 1989, Doris and Vernon retired to Lake Havasu City, AZ. They made many great friends in the condo complex they lived in, and were members of Mount Olive Lutheran Church in Lake Havasu.

In 2010, due to Vernon’s declining health, Doris and Vernon moved to Fair Oaks, CA, to be close to family. A few months later in May, Vernon passed away. The past nine years, Doris resided in Orangevale, CA, in Assisted Living.

She went on vacation to Hawaii, one place she always wanted to visit in her lifetime. She took frequent trips back to Minnesota and South Dakota to see family. She enjoyed books on audio, especially by authors such as Nicolas Sparks and Richard Paul Evans. She loved country music from the era of Loretta Lynn and George Jones as well as TV variety shows like “America’s Got Talent” and “The Lawrence Welk Show.”

She is survived by her daughter Stacey and son Craig.