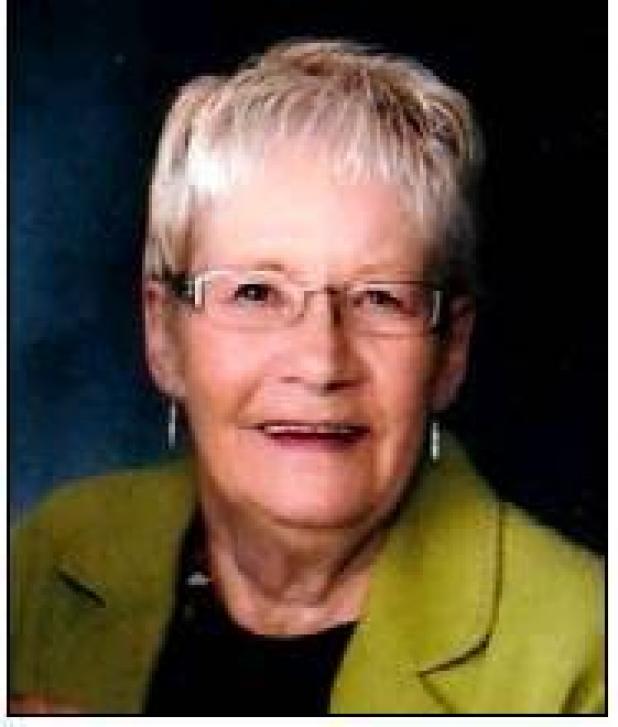 Diane Kristofferson passed away on Thursday, January 16, 2020, at Marshall County Healthcare Center at the age of 77, with her family by her side.

At Diane’s request, a private family memorial service will take place at a later date. Spring inurnment of her ashes will be in the Britton Cemetery.

Diane Lorraine Bendickson was born on November 8, 1942, at Britton, to Emil and Anna (Holey) Bendickson. As a youngster, she grew up on a farm in the Hillhead area and attended rural Marshall County schools. After graduating from Veblen High School, Diane worked at the Anderson Café in Britton.

On December 23, 1961 Diane was united in marriage with Richard Kristofferson at the First Lutheran Church of Britton. They made their home in Britton until moving to their own farm near Langford in 1977. They lived there until retiring to Britton in 2010. For a few years, Diane cooked for the Head Start Program in Britton, and later at Wheatcrest Hills.

Diane was a member of the First Lutheran Church and had been active in the ladies group there. She was an avid reader, enjoyed gardening and was a big fan of the Green Bay Packers! She was an excellent cook and baker, and nothing pleased her more than preparing each family member’s favorite meal for his or her birthday. Christmas was a special time to Diane, and she loved to decorate for the holiday. She had a special tree with each of the grandchildren’s picture on it, and their time together was always filled with fun activities Diane had planned.

Their cabin on Roy Lake was the setting for many family gatherings, and Diane was perhaps her happiest when spending time there. She always cooked a big breakfast every morning for all of those at the cabin. Birdwatching was another of Diane’s favorite pastimes. She was thrilled to catch a glimpse of a cardinal. She always made sure the birdfeeders were full, and she had jelly for the orioles.

Above all else, it was her deep and abiding love of family that will be remembered. She was especially fond of her grandchildren and greatgrandchildren, who brought her great joy in recent years.

Preceding her in death were her parents; a brother, Leon Bendickson; and a sister, Loretta Epps.

Condolences may be directed to the family in care of Richard Kristofferson, 1208 7th St., Britton, SD 57430.