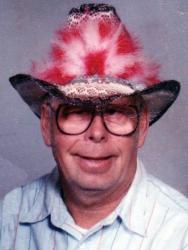 His funeral service was held on Wednesday, February 1, at the Our Savior’s Lutheran Church, Veblen, with Rev. Mark Terayama officiating.

Interment was in the Veblen Cemetery, Veblen. The Cahill Funeral Chapel, Sisseton, was in charge of funeral arrangements.

David Frank Hansen was born on July 14, 1931, in Doran, MN, to John and Freida (Dreger) Hansen. He attended Doran Country School. After school he farmed with his dad until he married his first wife, Blanche Robertson. To this marriage one son was born, Thomas Loren Hansen. On January 27, 1971, he married Lorna Anderson; and to this marriage one daughter, Tammy Hansen Ryan, was born. At this time they farmed on a farm near Veblen, SD.

He enjoyed raising exotic birds, going to rodeos, visiting with family, grandchildren and friends and his dog Mac.

He is preceded in death by his parents, three brothers, and one sister.