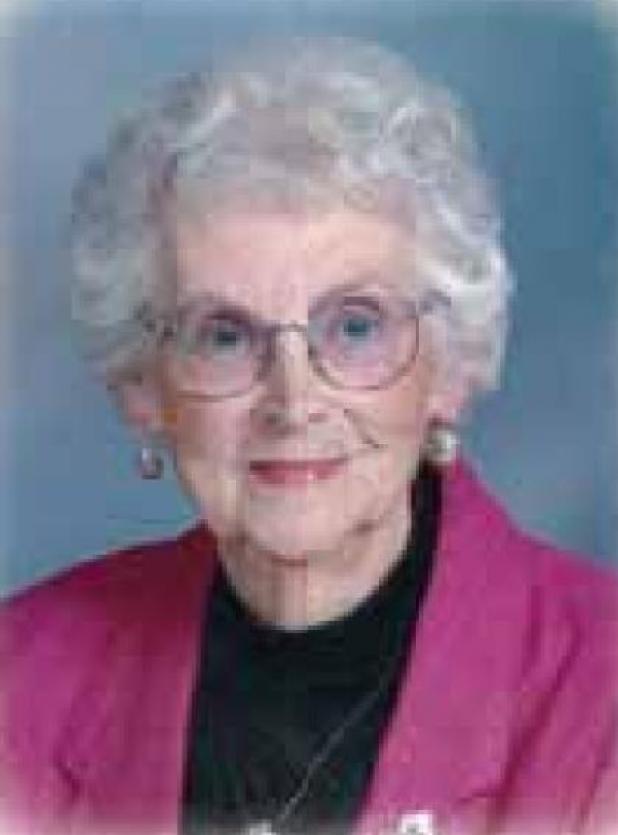 Cleo Nielsen passed away on April 19, 2020, at her daughter’s home in Richfield, MN, at 100 years of age. A memorial service will be

A memorial service will be held at a later date with details to come. A family graveside service was held April 24, 2020, at the Veblen Cemetery.

Cleo Jeanette was born on October 15, 1919, in Veblen to Claude and Julia (Kringen) Hill. Claude Hill died 2½ months before Cleo was born. She was blessed with a wonderful father, Tom Lee and mother Julia. She was baptized and confirmed in the Lutheran Church. At the age of five, she moved with her family to a farm in LaBelle Township. She attended school at LaBelle #5 and Veblen High School. Cleo worked for several families during harvest and threshing with cooking and baking. She also worked at stores in Marlow, SD.

On April 24, 1943, she married Axel Nielsen at Britton. They made their home near Lake City before moving to a farm near Veblen. They moved into Veblen in 1970.

As a member of Our Savior’s Lutheran Church she was active in WELCA and circles. She was active with the quilters and was still sewing quilt tops as of March 2020. Cleo was an honorary member of the American Legion Auxiliary, having attained 69 plus years of membership.

In 2014 she moved to Richfield, MN, to live with her daughter, Sharon where she continued to sew, crochet and read.

She is survived by her son, David of Richfield; daughter, Sharon, Richfield; granddaughter, Julie (Darin) Marquette of Foley, MN, and many nieces and nephews.

Cleo was preceded in death by her husband Axel; parents; brothers, Gilman Lee and Elrado Lee.

An online guestbook is available at www.frankfamilyfuneralhome.com