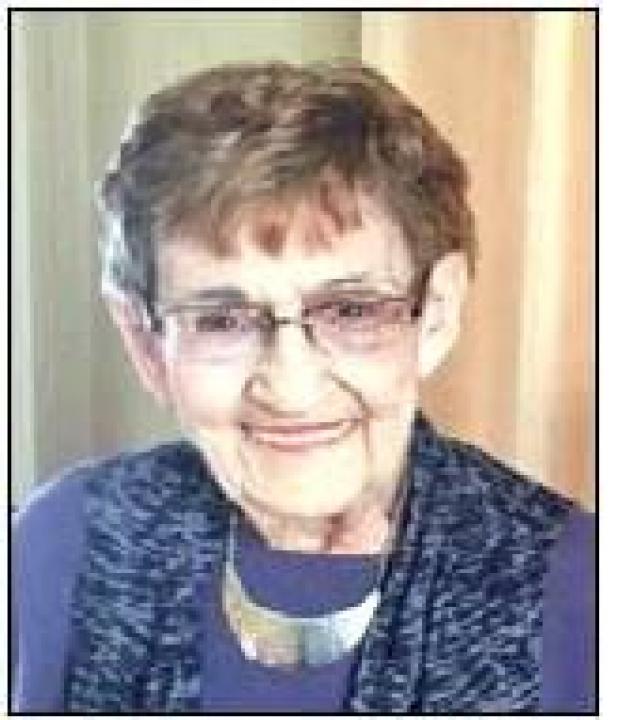 Beverly Hawkins, 92, of Britton, passed away peacefully under the care of Hospice at the Strand-Kjorsvig Nursing Home in Roslyn on November 7, 2019, with her daughters at her bedside.

A memorial service will be held next spring at Black Hills National Cemetery in Sturgis, SD. She will be laid to rest next to her husband, Richard Hawkins. Service date and time will be posted in the future.

Beverly Corrine Tollefson was born on November 25, 1926, Thanksgiving Day, to Haakon and Anna (Nygaard) Tollefson on the farm belonging to her grandparents, Laurits and Anna Martha (Aadland) Nygaard outside of Pierpont. She was baptized and confirmed at Skudesness Lutheran Church and attended Pierpont School. During school she was proud to be a Pierpont Panther cheerleader!

Beverly graduated in 1945 and on January 27, 1946, she was united in marriage to Richard W. Hawkins on her parent’s farm outside of Pierpont. The couple resided in Waubay, and from that union two daughters were born, Nancy Lee and Penny Lynn.

Beverly was active in the Waubay American Legion Auxiliary and choir, and a lifelong member of the VFW Auxiliary in Deadwood, SD. She was past president of the Waubay school PTA, a member of Our Savior’s Lutheran Church, choir, and Ladies Aid. She also belonged to the Order of the Eastern Star in Webster.

While living in Lead, SD, and working for Thorpe Jewelry, she designed a one of a kind bracelet. She loved being an Avon representative and earned several Presidential Mrs. Albee statues.

She was a loving mother, grandmother, and great-grandmother. She leaves behind many dear friends.

She was preceded in death by her parents; her husband; a sister, Lovilla (Homer) Holman; a brother, Harley (Dorothy) Tollefson; and a beloved grandson, Chad Dorothy.