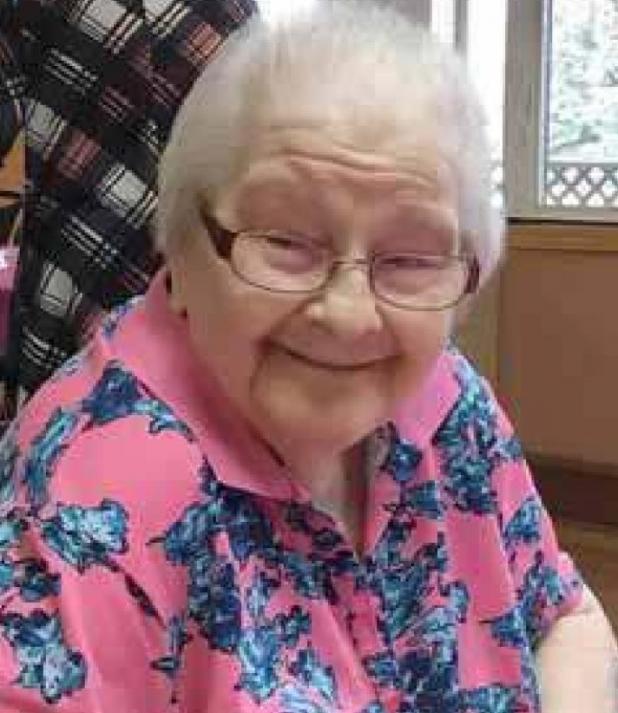 Betty passed away Thursday, October 15, 2020 at Wheatcrest Hills in Britton at the age of 89.

Betty Lou (Harvey) Fletcher was born December 30, 1930 in Chamberlain, SD to Romaine Floyd and Mayme Anna (Kott) Harvey. She grew up and attended school there.

On September 17, 1949 she was united in marriage with Erwin E. “Bud” Fletcher in Miles City, MT. They became parents of three children: Wanda, Twila and Gordon. The family lived in a number of different places.

Over the years, Betty held a number of different jobs. She was a checker at Eddie’s 5th Ave. Grocery Market, worked at Ben Franklin and was the manager of the Circle Lounge while living in Belle Fourche, SD. Perhaps her favorite job was working as an office manager and Veterinary Technician in Spearfish and Belle Fourche, SD. Later, she worked as a cook for Colony Truck Stop in Colony, WY. After moving to Marshall County, SD she was employed at Swede’s Corner Bar and Lounge in Langford. For a period of time, she was the co-owner of the Farmers Bar in Eden.

Betty enjoyed doing craft projects and spent many hours crocheting and making plastic canvas creations. She was an avid reader. Perhaps most of all, Betty will be remembered as someone who loved to visit with family and friends.

Preceding her in death were her parents: Romaine Harvey and Mayme Harvey-Johnson; her husband, Bud Fletcher; a brother, Norman “Curly” Harvey; a half-sister, Georgia Grambihler and two halfbrothers: Marvin Johnson and Darrel Johnson and her beloved pet cockatiel, ChiChi.

Condolences may be directed to the family in care of Twila Kristofferson — Box 346 — Britton, SD 57430.