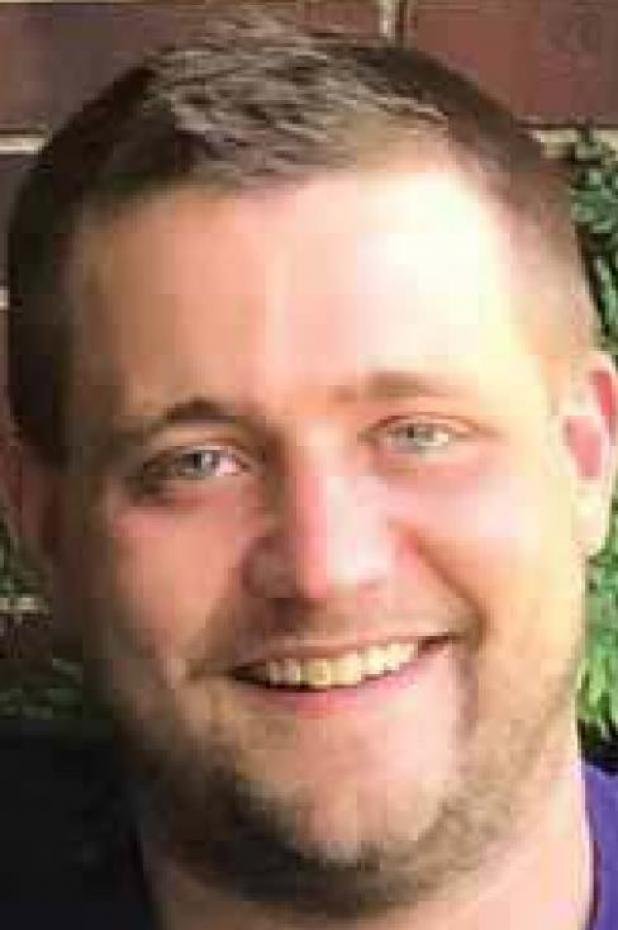 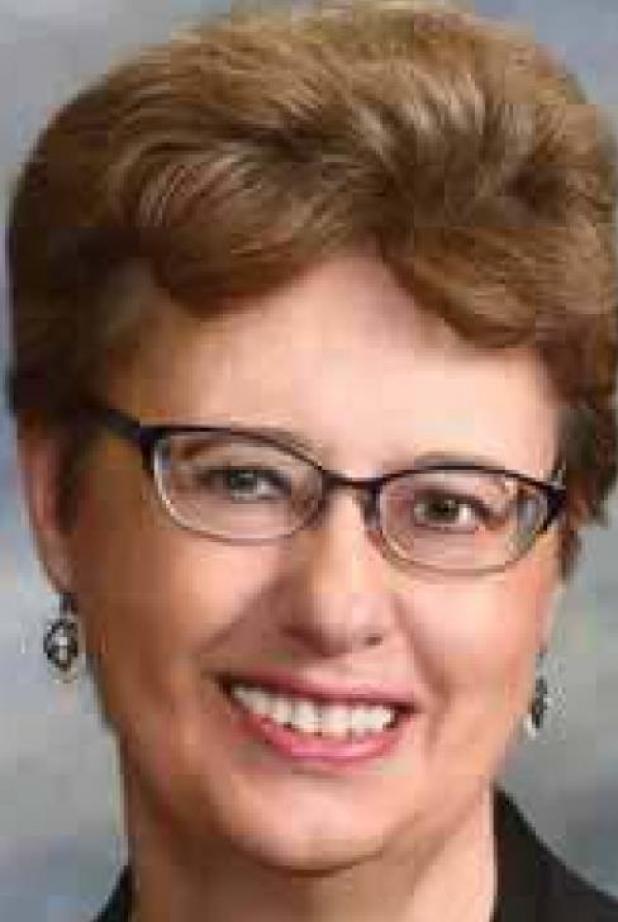 Incumbent Democrat Susan Wismer of Britton and Republican challenger Michael Rohl of rural Brown County are vying for the District 1 Senate seat in the South Dakota Legislature in the general election on Tuesday.

District 1 includes Marshall, Day, and Roberts Counties and a portion of Brown County.

The Marshall County Journal sent a questionnaire to both candidates and their responses follow.

Michael Rohl: My parents raised my older brother and I in rural Brown County. My family has operated businesses that have served NE SD for over the past 100 years. My Dad’s family were Republicans that served in the military and operated the NE South Dakota Coca-Cola Bottling company for multiple generations. My Mom’s parents were old school Democrats that also served in the military and immigrated from their multigenerational family farm in Alberta, Canada, to settle on a farm outside of Groton. These different backgrounds working together as one has taught me how to find and build middle ground. My parents have operated the Coca-Cola Plant, Rohl Beverage, Rohl Vending, Scotty’s Drive Inn, and Rohly’s Bar. As many of our farm families and entrepreneurs know, when your family runs a business, you start your kids young, which is a great educational opportunity and builds a great work ethic. I was able to get amazing experience in my youth in a multitude of economic sectors that was irreplaceable. I graduated from Drake University for Accounting, Entrepreneurial Management, and Marketing. Since graduating, I have been the GM of hotel chains, a Senior Territory Manager negotiating real estate in 22 states, and most recently moved home to use what I’ve learned to run and improve our family businesses and our communities. I have three “Fur Kids”: Howard (Standard Poodle), Jack (Labradoodle), and Teddy (Goldendoodle).

Susan Wismer: I was raised on the Jones/ Penrhos farm south of Britton. My sister Becky Weber and I have run a tax and bookkeeping practice for over 30 years in Britton. My three children were blessed to grow up next to both sets of grandparents here. I am active at First Presbyterian Church at the local and state level, local Hospice group, and the Britton Development Corp. I was first elected to the House in 2008. I ran for Governor in 2014, and was elected to the Senate in 2018. I have served on Appropriations, Government and Audit Operations, Judiciary, Taxation, Redistricting, and Local Government committees during my time in Pierre.

What would be your strongest attribute as a District 1 Senator?

Rohl: My strongest attribute as a District 1 Senator is my character. I have the ability to bring people of different beliefs together by working to find common ground. My ability to stand for what is right, and oppose what is wrong based off merit. I was very fortunate to have parents that instilled strong values in my brother and I to always value education, speak truth, work hard, give back, remember where you came from, and not to take anything for granted. These qualities make me well fitted to serve the people of Marshall County. I will give them a serious voice at the table. My goal is to represent and promote District 1; being a champion of our agriculture, tourism, and wildlife, promoting our businesses, and giving every advantage and opportunity we deserve. My voice will be for my district, not a political party.

Wismer: I’m an authentic, respected, experienced rural voice for our rural district. I have a reputation for listening carefully and making decisions based on facts. Sometimes, as the only Democrat in the committee room, I am the only one who can speak truth to power without fear of a backlash from far-right elements of the GOP or the Governor. Judging by the amount of money being spent by campaign puppeteers far away from District One on this campaign, I must have struck a nerve. My opponent, an Aberdeen businessman, resides a mile or two north of the Brown County fairgrounds. He may technically qualify as a resident of our District, but that does not make him a good fit for District One. He lives nearly 60 miles from Britton and 120 miles from eastern parts of our district. District One legislators have historically been counted on to be the voice of reason in the room. In what has become dangerously close to a one-party system, it’s important that we in northeast South Dakota continue to provide that leadership. You don’t see me wasting precious legislative time with bills telling school boards which bathrooms their students may use, or telling doctors how to treat women or LGBTQ patients. Life and our democracy are too precious to choose legislators who won’t deal with the real issues of government our state faces. We know a democracy is best served by good listeners with open minds, and that’s who I have strived to be. I have been honored by your support in the past, and hope I have earned your vote this November.

If elected, what would be your number one priority?

Rohl: My number one priority is communicating with our local leaders and listening to our citizens while getting results for them. I’ll actually be in the room, at the table fighting for Marshall County. Being a part of the negotiations for education, being a part of the conversations for funding allocations, being a part of the actual plans and solutions. The Senate just divided over $1 billion in Federal COVID-19 relief and Marshall County wasn’t represented at the table while it was divided. Our senator voted against small businesses receiving grants from the state. We deserve better than that. We haven’t had a seat at the table in too long; and we need a Senator providing results for our current and next generations. I will be at the table fighting for our funding and vote yes for our farmers, ranchers, and small businesses. My number one priority is District 1.

Wismer: The legislature is not conducting their business in open meetings, as they require all local governments to do. GOP legislators make their decisions in closed caucus, where arms can be twisted, favors traded, threats made, and floor and committee action scripted. That is no way to run a state; it needs to change. Every time Pierre brags about “this well-run state” that “lives within its means” we are bragging about our closed nursing homes, our bumpy roads and dangerous bridges, our failure to offer competitive salaries for teachers, the difficult and dangerous working conditions in understaffed state institutions like Redfield, Yankton, Springfield, and community homes for the handicapped. The way to change that is to have MORE partisan balance, i.e. more Democrats, not less, in Pierre.

What would be your number two concern:

Rohl: There is a lot of work to do, but I know I can make substantial advancements for NE SD by securing our fair share of money for infrastructure repair, education, drug abuse and rehabilitation, small business growth, reducing regulations on our ranchers, and strengthening laws against violent criminals by creating and enhancing our Peace Keeper Laws; protecting citizens that are just doing their jobs from physical assaults are great starts.

Wismer: Education, health care and local government roads and county funding will continue to be my top priorities. The failure of South Dakota to accept over $1 billion of federal Medicaid money since 2012 to allow 28,000 working South Dakotans basic healthcare is a continuing disgrace. It cripples that portion of the workforce. Redistricting will also be a very important discussion this coming year, and I hope to be involved in that discussion as I was 10 years ago.

Medical and recreational marijuana are on the ballot this fall. What are your stances on those two issues?

Rohl: I fully support Medical Cannabis. I have been fortunate enough to live in both states that do and don’t allow it, which gives me a deeper insight than some on how many positives there can be with far less side effects than some of our current synthetic pharmaceutical options, which can also be far more expensive and less effective. My aunt is a patient in Florida, with great success in treating her arthritis and sleeping disorder. I have a cousin in Colorado whose daughter is treated with “Charlette’s Webb”, a specific strain of cannabis which stops seizures, to amazing success. Patients deserve to make their own choices.

I am voting “YES” on Amendment A. While I don’t think it is perfectly designed, it does place us in a better place than we are now. The financial benefit for our schools and state are important, but finances alone don’t justify a decision. What does justify it in my opinion, is the significant impact it will have on “black market” dealers in South Dakota that are getting our people addicted to life altering drugs, like Meth, Heroin, and Pain Killers. It will seriously disrupt the opioid epidemic, lower alcoholism, cripple meth, lower domestic violence, free up judicial resources, and allow us to bring our rehabilitation programs into something that can work. We aren’t voting on whether or not we want people to consume cannabis; they have and will continue to make that decision for themselves. We are voting on whether we want to control, test, regulate, and tax cannabis or whether we want to continue to finance black-market dealers while arresting otherwise productive members of society.

Wismer: I am in favor of medical marijuana. The case has been made well over the years. We should not limit its availability to only prescriptions either. I am concerned that even once the people pass it, the legislature may tamper with the law as the North Dakota legislature has. However, I am NOT in favor of the constitutional amendment allowing recreational marijuana. It would create conflicts with federal law enforcement, because the federal government hasn’t legalized it yet. The required regulatory and tax structure will take years for Pierre to develop.