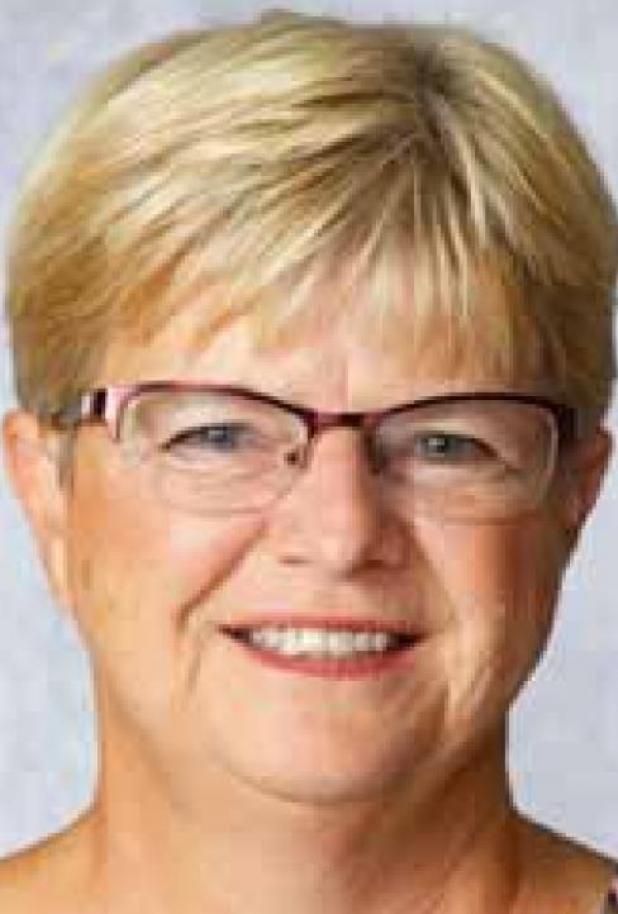 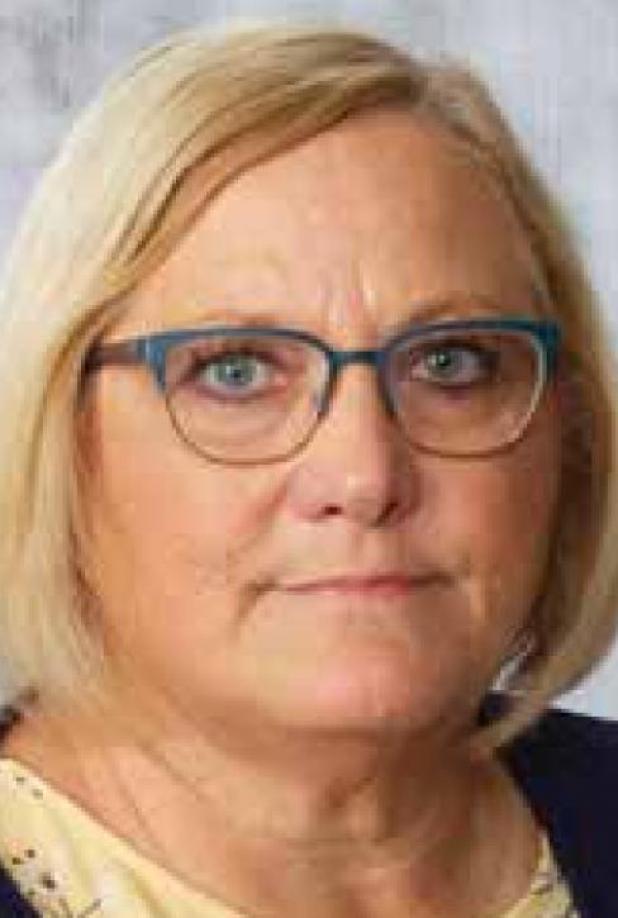 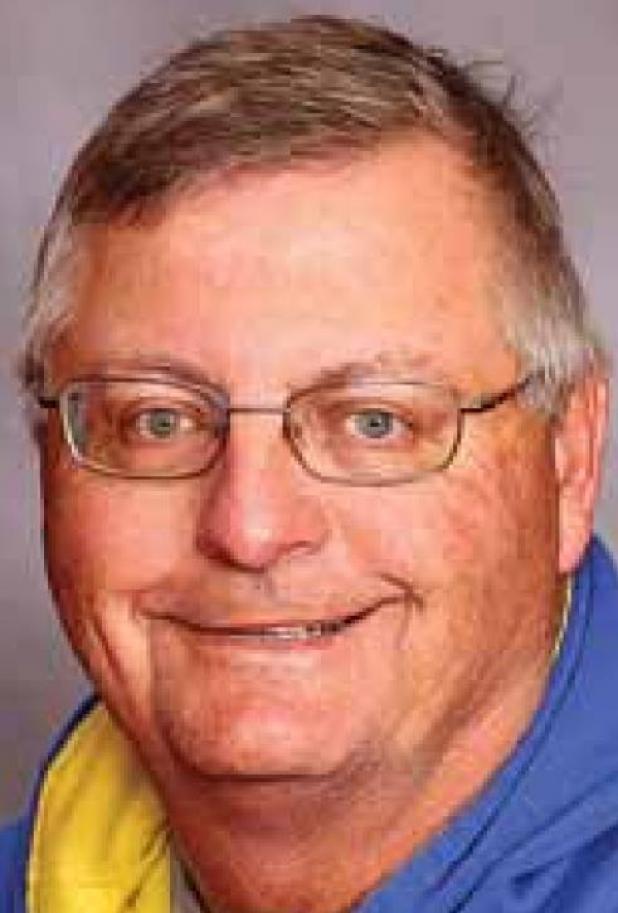 The COVID-19 pandemic is putting a strange exclamation mark on the end of careers for three long-term employees of the Britton-Hecla School District.

Third grade teacher Sandy Anderson, Sunset Colony 7-12 instructor Dianne Yelkin, and transportation director Dan Yelkin will all retiring at the end of the current school year. The trio represents a combined 55 years of service to the B-H District.

Anderson always knew she wanted to be a teacher – it just took her a little while.

The 1979 Hecla High School graduate was married following graduation and was a stay-at-home farm wife raising a couple of kids. But the desire to become a teacher was always there, and she went back to school, graduating from Northern State University in 1990 with a degree in elementary education.

“I was always that student in school that wanted to help the teacher, and I knew at a young age what I was supposed to do,” remembered Anderson. “I was a reader and just read and read and read when I was a kid.”

Anderson’s career was a bit of a rarity – she taught third grade for all of her 31 years. The only exception was her final year in Hecla when she taught a combined first, second, and third grade classroom. When Britton reorganized with Hecla in 2002, Anderson continued as a third grade teacher in the Britton-Hecla District.

“They still love school and they usually like their teacher,” chuckled Anderson, “and they are pretty eager and motivated to learn. Third graders also are able to read and write and have more advanced skills. It’s just an easy group.”

But that eagerness and motivation went both ways with Anderson.

“To put it simply, Sandy has always been a go-getter,” said B-H Elementary Principal Kyla Richter. “Her energy is contagious and I have always appreciated her desire to learn, grow and embrace change. Sandy has always been one of the first teachers I go to with an idea or vision. I admire her ability to have fun and enjoy teaching, alongside her determination for rigor and growth within her classroom. I will absolutely miss Sandy’s quick smile and enthusiasm for education.”

“My advice to someone considering becoming a teacher is to be prepared for a very rewarding job but one that you will put a lot of time and hours into. I think the thing I will miss most is the learning atmosphere and the teamwork between teachers, staff, and kids.”

“When I had high expectation the students usually would get there. And my philosophy was always that growth is growth. It doesn’t’ matter where you start as long as you make gains. I would always talk to the kids about having a growth mind set and not a fixed mind set.”

The way this year has ended has been difficult for Anderson.

“It’s a terrible way to end. I’m missing everything – the students and time with coworkers. They are like family. And April and May are usually kind of the culmination of all the hard work during the year. My experience online has been very good, but I wouldn’t want to always teach this way.”

Anderson doesn’t plan to completely leave the classroom. She hopes to work part-time as a substitute teacher, except on those bad winter days. And she and husband, Terry, also a retired teacher after beginning his career in Britton in 1978-79, hope to spend a little more time watching the activities of 19 grandkids and maybe going someplace warm for a couple weeks in the winter.

But 31 years of third graders, and the stories that go along with them, will never be too far from Anderson’s mind.

Yelkin was another one of those kids who always knew she wanted to teach. “My cousins and I always had a

“My cousins and I always had a school room in everybody’s house and played teacher,” said the 1973 Veblen High School graduate.

She graduated from South Dakota State University in 1977 with a degree in history and her first teaching job was teaching social studies and physical education in Cleveland, ND, located 17 miles west of Jamestown.

Her Cleveland tenure did include a rather unusual twist that first year. She served as the assistant boys basketball coach and when the head coach had a family emergency she took the club to the district tournament.

“The coach from the other team wouldn’t shake my hand and acted like I wasn’t there,” recalled Yelkin. “I’m sure that he didn’t think, in 1978, that a woman should be doing that.”

After two years she went to Deubrook for a year before getting married to husband, Dan, and moving to Britton.

Yelkin worked for Wheatcrest Hills for a time and for Horton, Inc., for 12 years before getting back into education. But little did she know that she would spend 18 years teaching at Sunset Colony.

“When I started working in the Britton District I taught some classes and had some study halls, but then I started working at Sunset Colony a little bit with one student who had been hurt and had a traumatic brain injury. That’s kind of how I got an idea of what went on out there. Then a job opened up and they asked me if I wanted it.”

As they say, the rest is history, and she has been there ever since. She began as the high school teacher for grades 9-12 but for the past several years covered grades 7-12.

The environment at Sunset Colony is a little different than the normal public school setting, but Yelkin said students are the same.

“I think the most rewarding thing for me is just seeing kids when they get it, and getting the kids to realize how important education is. My hope was that they would know that I cared and wanted them to get as much out of education as they could. I just roll with whatever works with the group I have because they are all different.”

That true caring for her students has not gone unnoticed.

“Dianne does a great job of building relationships with her students,” said B-H Principal Carrie James. “She has a terrific sense of humor and a laid back, easy-going teaching style which makes her a successful teacher. She would do just about anything for her students to help them be successful both in the classroom and in life.”

Yelkin admitted that the final chapter of her teaching career has been a strange one.

“It’s kind of like it’s ending without really having an ending,” concluded Yelkin, who does plan to still substitute teach. “The kids at Sunset don’t have access to the Internet, so we give them a new packet every week and go out there every Friday to pick up stuff and answer questions.”

But even though the method is different, the reason remains the same. When asked what she would miss the most and remember the most, the answer was the same – the kids.

A common denominator in Yelkin’s life has been his involvement with the local school, and that came full circle when he went to work as the Transportation Director in 2002.

Yelkin became a student at Britton High School when Britton and Kidder consolidated, and he helped the Braves to a state basketball championship in 1972 before graduating in 1973. After attending Northern State University he returned to Britton and worked as a route driver for Buhl’s of Britton for 21 years. During that time he continued to be involved with the school through refereeing of junior high football and basketball games for nearly 30 years and has run the clock for basketball contests since 1986. He also served as golf coach for 19 years.

When B-H Superintendent Don Kirkegaard asked him if he would consider the Transportation Director job, Yelkin decided he would like a change from 4 a.m. mornings six days a week driving the Buhl’s route.

“I had always been involved with the school with a lot of different things, enjoyed the people and the kids, and thought it would be an interesting job,” said Yelkin. “And it has been.”

The job description of a Transportation Director has everything to do with buses – driving, maintaining, and scheduling which students are riding daily. Not to mention, dealing with weather and road conditions.

Initially, in pre-cell phone days, Yelkin had to staff the office to take calls from parents if students would not be riding that day. He then would contact drivers to direct buses. Now, with the advent of cell phones and texting, it is not necessary to sit in the office, and eight years ago Yelkin also began driving a route. He also drove buses to a number of athletic events.

“What I’ve enjoyed most is the driving and being around the kids,” noted Yelkin. “It’s always interesting and the kids always have stories. Even though everybody has bad days, they seem to always enjoy their bus driver.”

Mother Nature has probably caused Yelkin the most headaches.

“It was pretty good when I started out but it was about 2008 when the weather started to change, the roads became bad, and we had flooding issues and closed roads. The only way you could get some places would be to drive through water, and we wouldn’t do that. Probably the toughest was the bad winters, and I’m not going to miss that.”

Despite dealing with a rather abrupt ending to his final year, Yelkin doesn’t plan to go cold turkey.

“Overall, I’ve enjoyed my 18 years, and when Superintendent Steve Benson asked me what I wanted to do, I said I would love to keep driving if he could find somebody to do the rest. So I am going to be the regular route driver on the Veblen route. I will stay busy with that, continuing to do a little taxidermy, and doing some work for John Eye on the farm.”