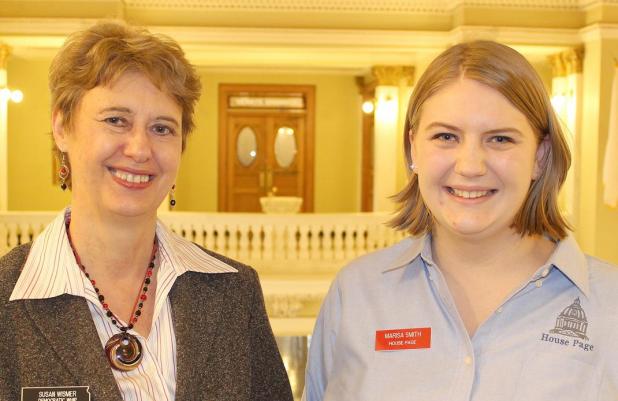 The Britton-Hecla Board of Education gave the go-ahead for plans to remodel the high school science lab at its regular meeting on Monday.

Representatives of G&R Controls of Sioux Falls were at the meeting to present the plans for the lab area located on the third floor of the high school. Estimated cost of the project is $230,000.

In other action the calendar for the 2017-18 school year was approved. The first day of classes will be Tuesday, Aug. 22. Christmas vacation will run from Dec. 23-Jan. 2, and the final day of classes is scheduled for Wednesday, May 16.

Superintendent Steve Benson talked about future school projects, and the board moved to advertise for bids for high school athletic lockers, painting and updating the middle school and high school hallways and stairwells, and concrete work on the outside steps and sidewalks.

Benson also reported that the new wood floor in the Amacher Auditorium has shifted slightly and will be inspected to see if there are any problems. The floor is under warranty.

South Dakota High School Clay Target League members presented information on the club activity, asking the school to endorse the sport with no financial responsibilities or obligations. The board approved the group to use the Britton-Hecla name for its shooting squad.

The board approved amending the capital outlay budget for the purchase of a van at a cost of $22,785. It declared several items as surplus and approved two requests for leave without pay.

Rachelle Kilker was approved for 2.25 days and Marcey Jones for .625 days.

The next meeting of the board will be Monday, March 13, at 6 p.m. at the school.