This is an architect’s drawing of the proposed new Marshall County Law Enforcement Center and Courthouse after changes were made in the original plan. Current plans call for the old courthouse to remain and a Courthouse Plaza established. 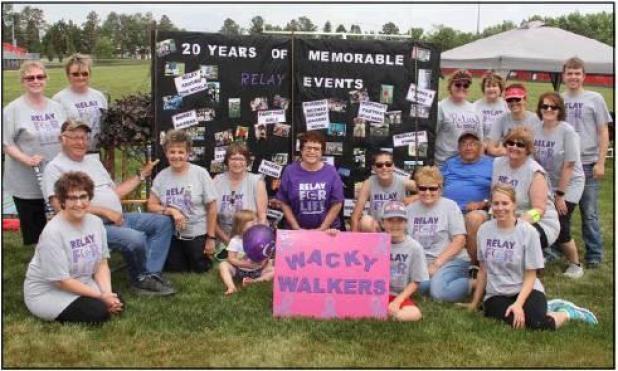 New plans also reduce the proposed jail facility from 34 to 24 beds, cut the square footage of the new structure to 30,321 which includes a basement area, and cuts the total cost of the new building from $13.1 million to $11.6 million, which includes all architectural and engineering fees.

Complete architectural drawings of the proposed building can be found at www.marshall.sdcounties.org.

Commissioners do plan to discuss adding about $300,000 to a bond issue to cover costs of some basic maintenance required on the old courthouse to keep it useable.

Hopes are that a vote on the bond issue will be in late August or early September. Expectations are that it would take about two years to build the new facility if the bond issue is approved.

“In my opinion, the board wanted to reduce costs to some extent and also somehow take the old courthouse issue off the table,” said County Commission Vice-Chairman Matt Schuller. “Passing of the bond issue requires 50 percent plus one, and you could have just one voter over that 50 percent and have the courthouse torn down. My thoughts are that you don’t want a divided county over that issue.”

Dean Marske of HKG Architects of Aberdeen said that the jail size was reduced after discussion with Sheriff Dale Elsen and also receiving input from five community meetings around the county.

“Twenty-four beds is the most efficient, and we’re trying to lower the cost of operation and maintenance for the county,” said Marske. “Fourteen of those beds would be in the jail area, four in two holding cells, and six beds for work release. There will also be a storage area where you could add a bed if needed.”

Marske said there is a demand for jail space around the state. He noted that there are presently 26 jail facilities in the state but 18 of those, including Britton, are sub-standard. Faulkton recently opened a new 24-bed jail and is full, but there are no Faulkton prisoners and currently 12 from Minnehaha County.

“Sheriff Elsen has said that about 10 beds will normally take care of Marshall County which would leave the remaining beds available to contract out to other counties,” said Markse. “Counties in North Dakota, along with Roberts and McPherson Counties have already indicated interest, and at $100 per day per prisoner the jail could help cover county expenses.”

Schuller said the board decision creates another issue – what is going to happen with the old courthouse?

“My thoughts are that we probably need to put some sort of community services in that building,” noted Schuller. “Maybe we could put some of the existing offices in the community building or court services over there, and maybe we could connect the two buildings. There could also be the possibility of renting office space.”

If the current courthouse is continued to be used in some capacity, some work will be required to keep it operational.

“There has been some deterioration,” said Marske. “That’s what happens over the years. There is not any structural failure now, but in time there is going to be. The mortar on the walls after a time turns to a powder and has to be addressed, along with some areas of the foundation and drainage issues.”

Schuller thinks the county has a great opportunity.

“I believe we have to think of it as an opportunity and just have a willingness to see the bigger picture,” Schuller concluded. “We basically have a blank canvas as to what could go in there and have two to three years to plan that out. It’s been an interesting process to think about all the options that are out there and what this could be. It gives us a chance to dream.”