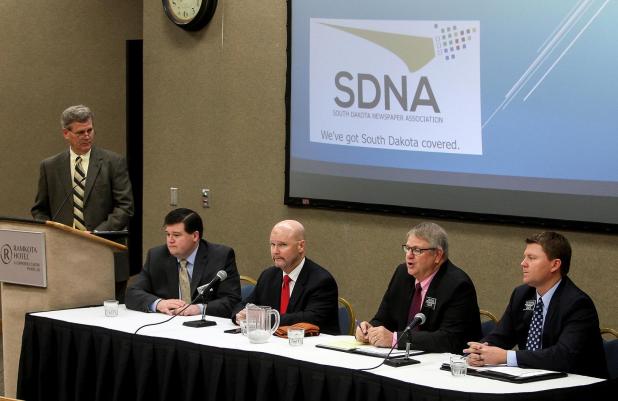 The Marshall County Commission was informed at its regular meeting last week Tuesday that the new 911 system should be in place by March 1.

E911 Director Deb Skonberg said that SDN Communications has run the cables for the new system. Equipment is scheduled to arrive on Feb. 17 and technicians will begin installation on Feb. 20. Training is set for Feb. 27-28 with the change over to the new system on March 1.

Skonberg also informed the board that the dispatch department will be changing to 12- hour shifts beginning Feb. 19 in the hopes of cutting down on overtime. She is also advertising for another dispatcher.

Hofland said that Clark Engineering agreed that two modular bridges from True North Steel would be a good option for the bridge that collapsed in March of last year. He also discussed projects on the calendar for 2017 which included chip seal on County 9A, fog seal on 4AC, and patching of 7AN (golf course road). The board advised Hofland to move forward with bid letting on the projects.

Liquor license renewals were approved for the Britton Country Club and Glenn Lehr for the Rainbow Club. Approval was given to the ambulance department to hire Chuck Bell to do continuing education classes at a rate of $25 mileage and $25 per hour.

Overweight fines were discussed and the board said it will pay the first $1,000 towards any overweight fines and anything over and above the $1,000 payment responsibility will be up to the Highway Superintendent who pays the fine, the county or the employee fined. County vehicles are under the same spring weight restrictions as all other vehicles using posted county roads.

Fuel quotes were accepted from Eden Oil for #1 diesel for the Eden, Langford, and Veblen shops. The quote for unleaded gasoline for the Britton shop was also accepted. Other bidders were DaMar Elevator and Holland Oil.

Sheriff Dale Elsen met with the board to discuss equipment needs. Elsen said the department is in need of new bulletproof vests, which are made specifically for each individual, body cameras, and better cameras for patrol cars. Highway safety funds will pay for one camera but the department needs five more.

Welfare Director Linda Haaland met with the board to discuss updating the welfare manual. She gave each commissioner a manual to go over and discuss at the Feb. 21 meeting. She also discussed a welfare bill that had been paid on a Minnesota resident and will talk to Avera about billing the individual’s insurance.

The board set future meeting dates for March and April. March meetings will be on the 14th and 28th with April sessions set for the 11th and 25th.

John Burger of Newark Township met with the board to ask about the State Auditor’s findings for the county. Auditor Megan Biel said that all errors have been corrected. The county is audited every two years by the Department of Legislative Audit.

Commissioners met in executive session three separate times for a total of 33 minutes during the meeting to discuss personnel issues and to consult with legal counsel.