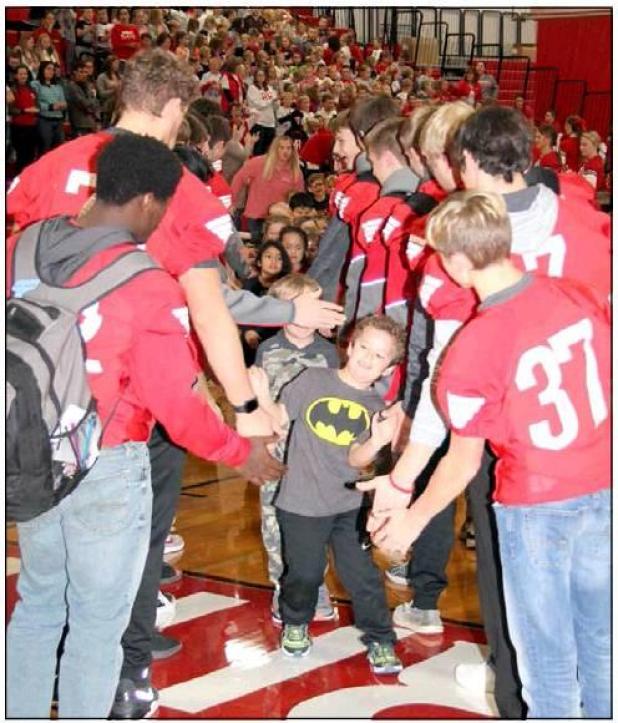 Some stores have announced plans to be closed on Thursday, and Britton’s Main Street will likely be a pretty lonely place as residents head to Brookings to cheer on the Braves’ football team in the Class 9A championship game.

The unbeaten and topseeded Braves will tangle with defending champion Canistota-Freeman at 11 a.m. in the first of four title games that day at South Dakota State University’s Dana J. Dykhouse Stadium. Championship contests were moved from Vermillion this year due to remodeling of the Dakota Dome.

Coach Pat Renner’s crew edged Gregory 14-8 in a semifinal game on Friday to earn a shot at the school’s third state football crown. The Britton High School squad downed Gregory 33-23 to win the Class 11B title in 2001 and Britton-Hecla stopped unbeaten Corsica-Stickney to claim the Class 9A crown in 2017. The Braves also advanced to the 9A championship game in 1992 but lost to Alpena-Woonsocket.

A pep fest will be held today (Wednesday) in the Britton-Hecla Arena at 2:45 p.m. and the public is welcome to attend. The team bus will depart for Brookings at 6:30 a.m. Thursday morning and a Welcome Home celebration is planned for 4 p.m. on Sunday in the Arena. No classes are scheduled at the Britton-Hecla School on Thursday but classes will be in session on Friday.

Those not able to travel to Brookings will have the opportunity to view the game live-streamed on the big screen at the Strand Theatre. Plans call for the theatre to host a tailgating event beginning at 10 a.m. with hot dogs and nachos being served for a free will donation. There will be no charge for admission and concessions will be available.

The championship game will also be broadcast on South Dakota Public Television.

Hunter Hannasch led dergarteners delivering Braves’football players Britton-Hecla kin- high-fives to the following the pep fest prior to the Braves semifinal victory over Gregory on Friday. B-H takes on Canistota-Freeman for the 9A title at 11 a.m. Thursday.