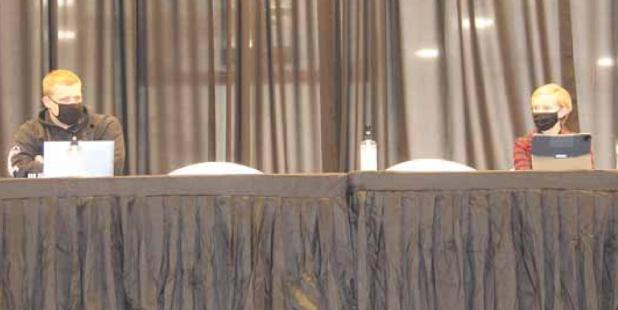 The Britton-Hecla Board of Education approved the 2021-22 school calendar, accepted a pair of resignations, and offered administrative contracts at its regular meeting held last week Wednesday.

In other action the board approved a Capital Outlay Refinance Resolution. A lower interest rate on school improvements since 2015 will save the district about $600,000 over the life of the loan.

The board moved to advertise for bids to replace high school classroom flooring, along with some hallways. March 18 was designated as a makeup day for a snow day on Jan. 15. A public school exemption certificate was acknowledged, and some old gymnastics mats were declared surplus.

Approval was given to update the ACAA Sexual Harassment/Title IX policy based on federal legislation. It will not change much for schools but will require more of a process to go through when filing complaints.

Superintendent Benson reported on potential capital outlay projects. The school has received some COVID money that can be used for things like touchless water faucets, photo eyes for lights, and replacement of some bussing. Other items could include HVAC in the DX building, concrete work, ceiling tile, and new scoreboards.

Benson also informed the board that the school is implementing a new school app/ website that will be more userfriendly for phones and developed specifically for the B-H School District.

Principals reported that a drive for the Marshall County Food Pantry raised over $6,000, and that due to the cold weather students had indoor recess all week.