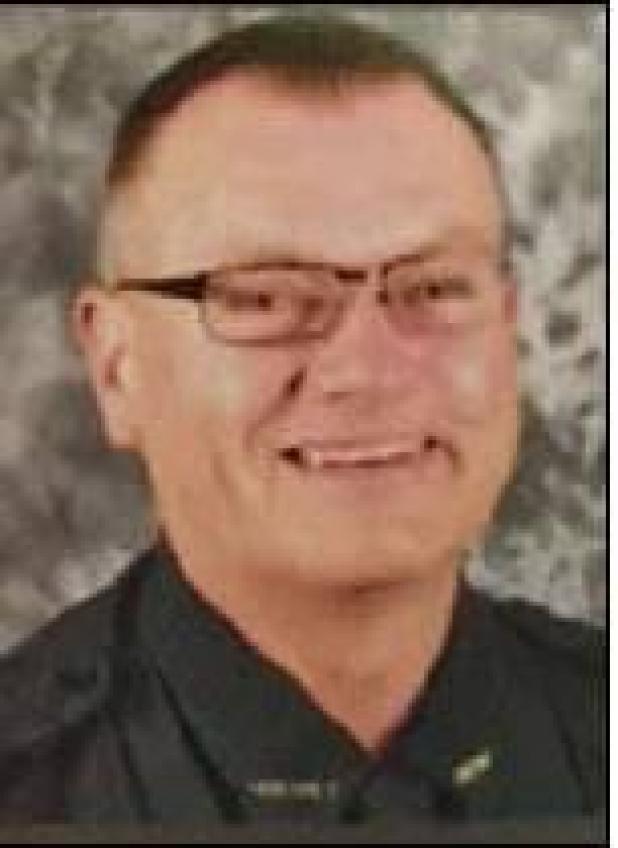 Board Must Reconsider Elsen Ruling

Judge Tony L. Portra of Aberdeen ruled that lesser sanctions should be considered for Marshall County Sheriff Dale Elsen short of revocation of his law enforcement certification at a 45-minute hearing held in a packed courtroom of about 60 area residents in Britton on Tuesday morning.

Elsen’s certification was revoked by the 11-member South Dakota Law Enforcement Officers Standards and Training Commission on Dec. 13 of last year after he admitted to seven inappropriate comment complaints. The long-time county sheriff appealed that decision and was granted a stay to continue as sheriff until the appeal process was complete.

“I’m just happy with where things are so far,” said Elsen. “Now we continue on and the system has to do what it’s got to do.”

Geyer said that Elsen’s decertification could still be a possibility, but the commission must look at other options. Geyer did not know when that next meeting would happen. In the meantime, Elsen will continue to serve in his capacity as sheriff.

“If the commission decides there is not a lesser alternative they need to state why,” noted Geyer. “If that would happen, Dale could appeal again.”

In explaining his decision, Judge Portra noted that there was no record of discussion of alternatives or lesser sanctions by the commission. He said the board noted only that de-certification was appropriate, and statute dictates that alternatives must at least be considered.

“The decision is arbitrary and unreasonable if imposed without considering imposition of lesser alternatives, and the record did not demonstrate that other alternatives were considered,” said Portra.

Portra ordered that the case be sent back to the commission so it can review alternatives. He suggested lesser sanctions such as further education and training, suspension for a period of time with conditions, using a mentor officer, periodic review and/or checkups that things are being conducted and the office operated as it should be, and any other alternatives that the court had not thought of.

“I want all parties to be very clear as to what I’m saying and not saying,” added the judge. “Sheriff Elsen was wrong. His actions were juvenile and insensitive and not in keeping with the times. But I also want the commission to appreciate the significance of their decision.

“Sheriff Elsen is not my sheriff, he’s not the commission’s sheriff, he is the sheriff of the people of Marshall County, and he was elected by them. Before we subvert the will of the people and effectively end the career of someone who has served as a law officer for 41 years, all the alternatives need to be considered.”

Elsen began as a deputy in the Marshall County Sheriff’s Office in 1977 and took over as sheriff in January of 1983. He was re-elected in November with 83 percent of the vote.

Geyer had argued that public support shown Elsen since the initial decertification should be a part of the decision process.

“The great public support for Dale since his certification was revoked should be of extreme importance to the commission,” said Geyer. “That is a factor applied in standard of conduct and also his position as an elected officer is unique and plays a great role. Sheriff is the only elected certified officer, and there is no evidence that he ever failed to carry out the duties of his office. It’s hard to fathom how the commission can look at a handful of isolated incidents and strip a man of his career and legacy that he built in over 40 years of service to the county.”

Kempema told the court that he felt the commission had documented its decision.

“The commission detailed what the actions were and why they approved de-certification,” said Kempema. “We believe the findings were more than sufficient to support their conclusion that Elsen acted in a manner unbecoming of a law enforcement officer.”

Geyer stressed that Elsen never attempted to cover anything up and was always forthright.

“He came up with a plan to rectify not only his conduct but others in the department by initiating sexual harassment training which he took himself. He realized that his conduct was not acceptable or appropriate and took corrective action.”

Geyer also argued that due to new members now serving on the commission that the board should review all the evidence, but Portra did not agree with that premise.

“I want to make it clear this hearing on remand is to follow the court’s orders to find alternatives – not to re-try the evidence,” Portra said. “Sheriff Elsen has admitted to factual allegations, and the question in front of the commission is, what is the appropriate response to those allegations? In so doing, members of the commission need to consider reasonable alternatives.”