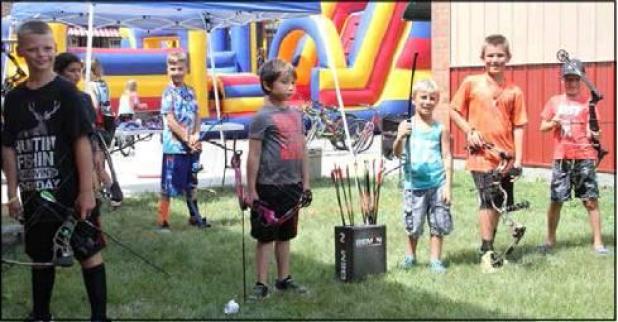 Mary Carlson and her unicycle have become a fixture in area parades, and she once again traveled Main Street during the Harvest Days event. 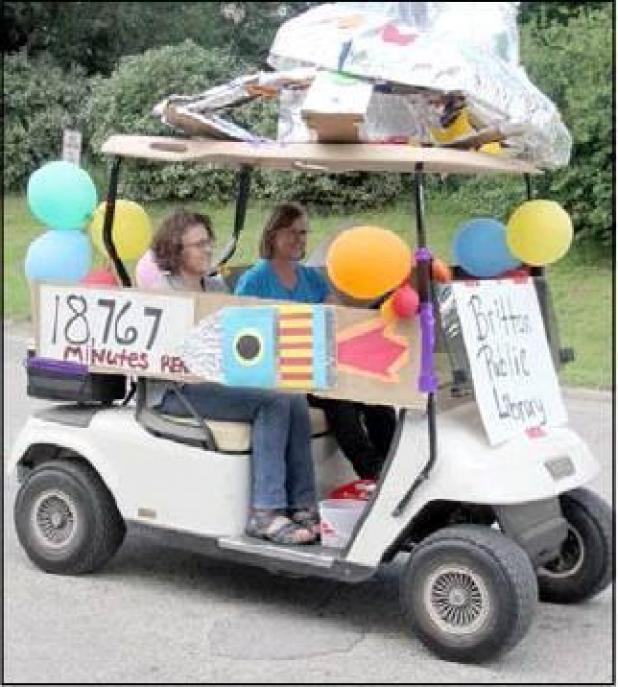 The Britton Public Library had this float in the Harvest Days parade on Friday that commemorated the 18,767 minutes spent reading by participants in the Summer Reading Program. 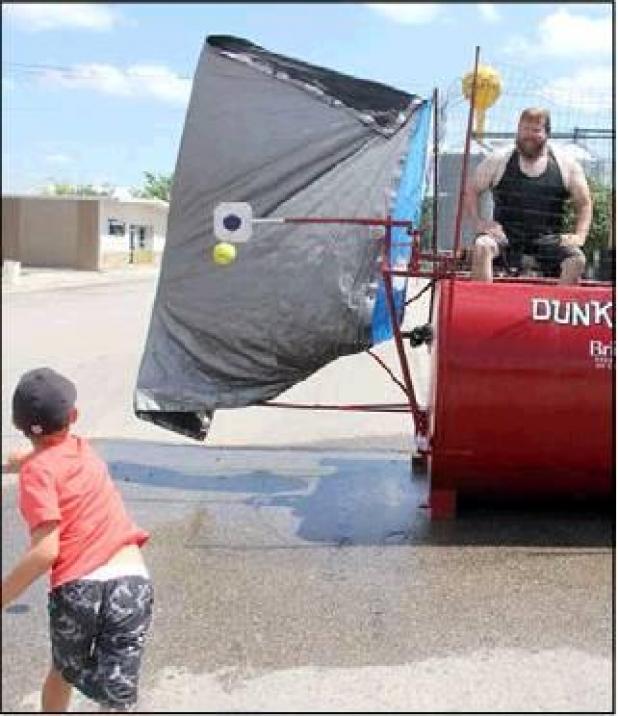 The dunk tank was a popular stop for area youth during Harvest Days, and this ball looked to be on target for a dunking. 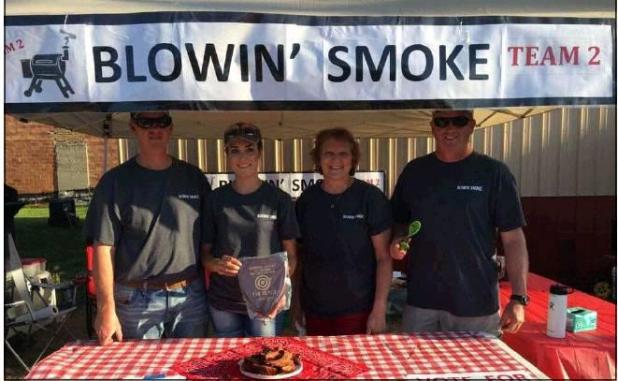 The L&amp;R Kree Mee had this entry in the Harvest Days parade held on Friday. The Britton business has been serving ice cream since 1957 and has become a “must-stop” for visitors and residents alike.

Youngsters dove into the Britton Swimming Pool in search of treasure during the annual coin toss held at during Harvest Days activities. Area residents enjoyed the pool free of charge during the city celebration.

Other Saturday activities included a softball tournament, a Farmers market & Vendor Show, archery demonstration, inflatables, free swimming, a movie at the Strand Theatre, the Britton Area Car Show, a rib cook-off, and a performance4 by the Union Cattle Band.

Approximately 2300 ribs were sold and over 200 people voted in the people’s choice rib cook-off. A total of seven teams participated and the $100/team entry fees were divided for the prize money with the top three finishers receiving $350, $210, and $140.

A street dance featuring “Eclipse” finished up the celebration Saturday night with over 500 people attending. A unique twist to the dance was a short power outage that affected the entire town late that evening. But cell phone flashlights from attendees soon lit up the area.